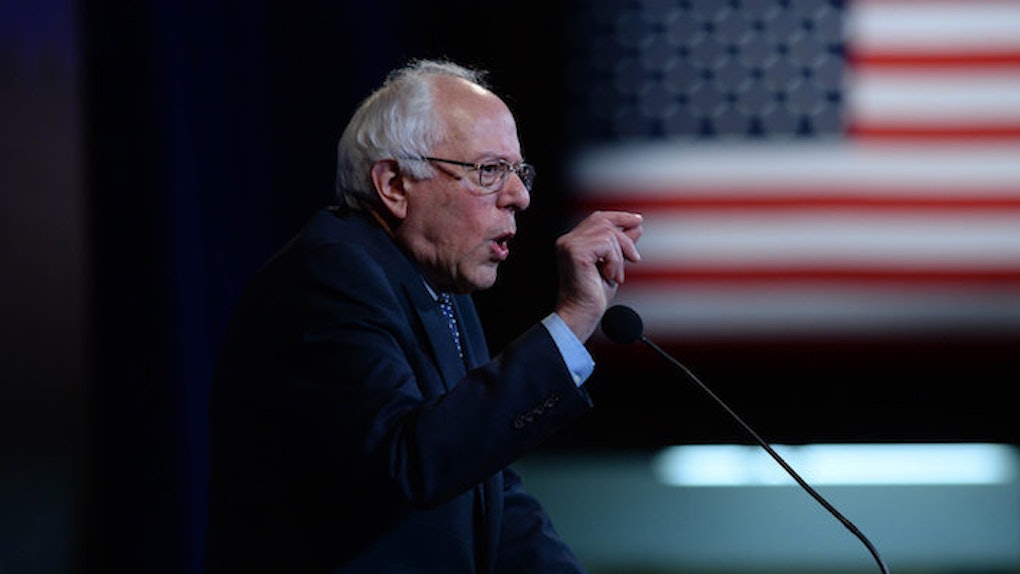 Older generations seem to view us with a convoluted mixture of disdain, fascination, bemusement, terror and wonder.

Born roughly between 1980 and 2000, we're a difficult generation to define. No amount of polling data and research can fully capture who we are or what we want.

This generation is well aware of the wide range of complex challenges it faces, yet we remain fundamentally optimistic about the future.

Many seek to write us off as apathetic and narcissistic individuals, which might be fair in some respects. But we are also donating to charities and volunteering at high rates, even as we struggle to find jobs and pay off student loans in the wake of the Great Recession.

Sure, we take a lot of selfies, but we're also big on helping people and extremely socially conscious.

It's no coincidence many of the most influential people in the US and across the world right now are Millennials: Malala Yousafzai, Brandon Stanton, Mark Zuckerberg, Amy Schumer, DeRay Mckesson, Emma Watson and Edward Snowden, among many others.

We are the largest and most diverse generation in American history. Like us or not, we're going to have a major impact on the direction of the country.

Millennials have the potential to be the largest voting bloc in the nation, as we've now surpassed Baby Boomers in size.

While voter turnout for Millennials in the 2014 midterm elections was embarrassingly low, it's also unsurprising.

Historically, higher numbers of young people tend to vote in the presidential election. And this generation played a decisive role in getting President Obama elected and reelected in 2008 and 2012.

No matter what, Millennials will be a very important factor in the ultimate outcome of the 2016 election.

With that said, it's interesting to think about what the US might look like in 2017 and beyond if Millennials had complete control of the direction of the country. This is all obviously hypothetical, but it might grant us some insight into where this country is headed.

Senator Bernie Sanders would be President of the United States.

While many in this generation identify as Independent, our political perspectives are decidedly liberal and we still tend to vote Democratic.

If it were solely up to Millennials, Democrats would maintain control of the White House after the 2016 presidential election.

Early on, a majority of this generation (around 55 percent) said they wanted Hillary Clinton to be the next president. Now, however, Bernie Sanders appears to have the edge, as 41 percent of likely Millennial Democratic primary voters said they prefer the Vermont senator. Hillary follows relatively close behind, with 35 percent saying they'd vote for her.

Around 66 percent also say it doesn't matter to them Sanders is a self-declared Democratic Socialist.

Indeed, it seems Millennials feel the Bern and are big fans of the Christopher Lloyd look-alike.

This comes as no surprise, however, as Sanders' policy proposals and overall outlook fall close in line with the viewpoints of many Millennials on a number of issues: the cost of college tuition, climate change, marijuana legalization and wealth inequality, to name a few.

It's still early, and Millennials might shift in terms of who they prefer as president in the future. But as things currently stand, Sanders seems to be the clear choice for this generation.

Most Millennials likely witnessed the terror attacks on 9/11 and can remember that day vividly.

Correspondingly, we grew up through the wars in Iraq and Afghanistan, with some from this generation even serving in these conflicts.

At this point, it's fair to contend these wars were (colossal) mistakes. It's no coincidence the US formally ended these conflicts yet is still actively engaged in both Iraq and Afghanistan, and now Syria.

In spite of this fact, Harvard IOP found a solid majority of Millennials (60 percent) support sending US ground troops on a military campaign to combat ISIS. At the same time, less than 20 percent of this generation said they would serve in the military if additional troops were needed in this fight.

This is an embarrassing and illogical position for a number of reasons.

As President Obama recently highlighted in an address from the Oval Office, the deployment of ground forces for a prolonged and costly military campaign is exactly what ISIS would like the US to do.

It would only serve to exacerbate the conflict and see America's involvement in the Middle East extended for many years.

This would help ISIS recruit while draining valuable resources and further risking innocent lives in a region already consumed by chaos and violence.

Moreover, it's shameful Millennials say they want the US to endanger the lives of its troops by sending them into combat, but most aren't willing to step up to the plate and join the fight if necessary.

This generation is not only exhibiting support for an imprudent policy, it's also revealing itself to be quite selfish in terms of the prospect of military service. This is not the way forward.

We should be glad Millennials do not have control over America's destiny in this regard. You can't argue your country should engage in a war if you're not willing to join the fight.

There would be massive social changes domestically.

We're less religious than older generations and less attached to institutions (due to an overall lack of trust).

If we were in control of this country, we'd probably see sweeping social changes in the short-term post-2016 -- marijuana legalization, an easier pathway to citizenship for immigrants and improved rights for the LGBTQ community.

In the long-term, the Millennial generation might contribute to the degradation of the two-party system.

And perhaps this is precisely what the country needs, given hyperpartisanship has driven us to a standstill politically. But this is all purely conjecture, of course.

There are certainly many positive aspects to the Millennial generation, but the more one looks at our political perspectives, the more confusing they are.

It's somewhat bewildering, for example, so many of us support Bernie Sanders yet also express support for sending ground troops to fight ISIS.

Senator Sanders is vehemently against sending ground troops to fight in what he's described as another "quagmire in the Middle East." In Sanders' view, the only boots on the ground against ISIS should be from Muslim nations.

Moreover, it's also concerning Millennials (around 40 percent) have expressed support for censoring offensive speech. This is counterintuitive and has the potential to present significant limitations on public discourse and how we educate future generations.

We clearly still have a lot to learn and much to figure out about the world and our place in it. We're still a very young generation when it comes down to it.

But there are many reasons to be hopeful in terms of more people from this generation easing into positions of authority. Overall, Millennials are an inherently progressive entity and that bodes very well for the future of the US.