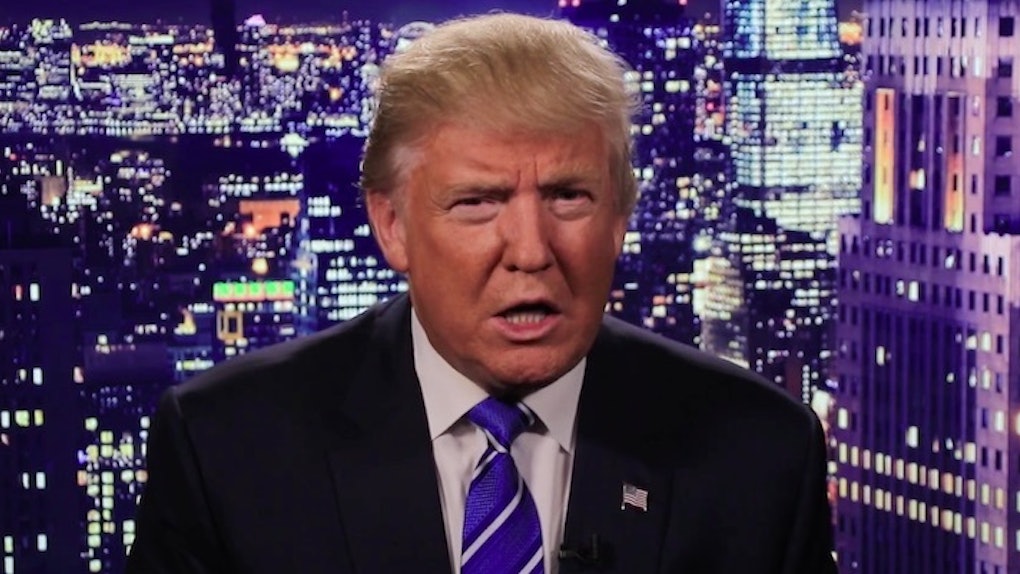 Trump's Too Old To Say 'My Travels Changed Me': Will He Go Backpacking Next?

Yesterday The Washington Post exposed a stomach-churning video from 2005, which revealed The Donald speaking with Billy Bush about his ability to womanize Nancy O'Dell.

And then several hours later, he posted a public apology.

In my opinion, it's too late now to say sorry *cue Justin Bieber*, but he did anyway... kind of.

We're all very confused by what exactly it means to grab woman by the pussy. But let's put that aside for now.

The Republican nominee shared a painfully robotic video onto his Facebook page following the video release, and stated "I said it, it was wrong, and I apologize."

He also posted the apology to Twitter, with the caption "Here is my statement."

The caption didn't say "I'm sorry" or "I apologize" — it's almost as if he didn't want to post it, amirite?

He began by saying he isn't a perfect person, and spoke about how his decade-old words are merely a distraction to the "important issues" that we are facing today.

He even took the opportunity to insult the Clintons, saying that "Hillary Clinton, and her kind, have run our country into the ground."

Hillary Clinton "and her kind"? What does that mean?!

Again, like the "grab them by the pussy" — let's keep moving on.

The kicker, though, is how Donald believes his travels throughout the United States of America during the election process have changed him for the better.

I've travelled the country talking about change for America. But my travels have also changed me.

Wait, what? Did he get this out of a fortune cookie?

When you're 70 years old, it's safe to say that the morals you live by are set in stone.

Heck, if he was a twenty-something exploring a new country, soul-searching on a path for enlightenment, I might believe that his travels have changed him.

But this is Donald Trump we're talking about, and the only thing that's changed about him is thus far in the Presidential election is his credibility.

Maybe I'm being too harsh, and maybe he did change. If so, we can only wonder what's next on the agenda of the newly-enlightened nominee.

After the election in November, he should take up a hobby — like backpacking across a foreign country or two.

I'm not sure the world would be too happy about that, though.