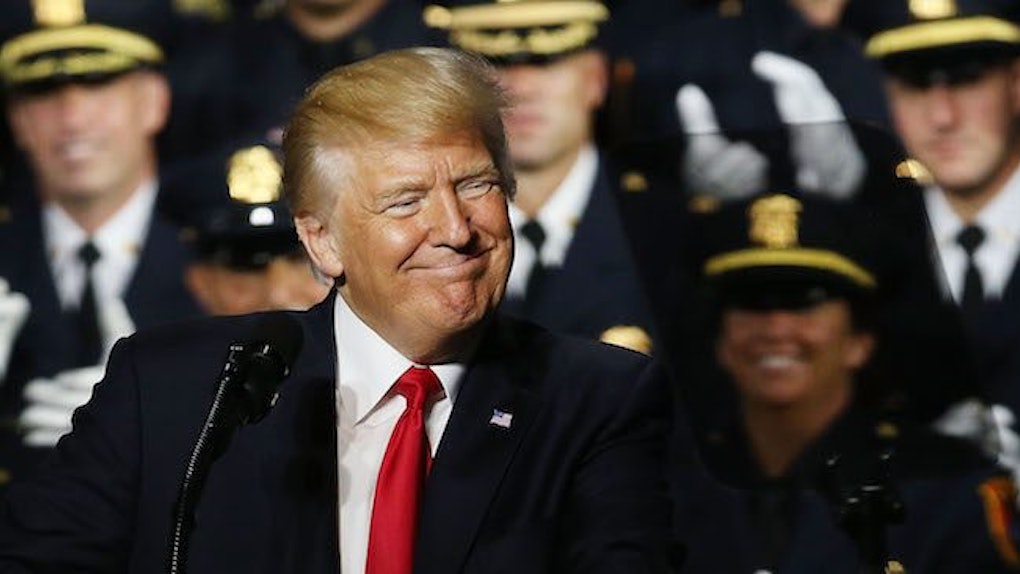 The Donald Trump administration has been having a rough week (month?) of it. Between the apparent failure of the health care vote, the staff shakeups (was it really only last Friday we lost Spicey?) and bizarre, rambling on-the-record phone calls to reporters, there's been a lot. It's almost worth asking: can this administration make it through the week without a scandal?

Probably not, according to the internet. The day after Trump shook up his staff — again — with the replacement of now former chief of staff Reince Preibus on July 28, a new hashtag started making its way around Twitter, anticipating what was coming next.

Let's be serious. In the past week alone, we've seen:

The resignation of the press secretary (and possible future DWTS champion), Sean Spicer,

The apparent failure of not one, but three votes on health care,

An administration official threatening a senator over her vote,

A bizarre, expletive-laden phone call (on the record!) from the White House communications director, Anthony Scaramucci, to a reporter,

And the firing (and replacement) of the White House chief of staff, Priebus.

AND IT ALL HAPPENED IN A WEEK.

Twitter, of course, is waiting to see what the next big scandal will be.

And considering how ridiculous some of these have been (seriously, Scaramucci, what are you doing), the general consensus is, go big or go home.

(OK, so these scandals aren't from this week, but the idea that Russian-knockoff spies Boris and Natasha from the Rocky And Bullwinkle cartoons were at Donald Trump Jr.'s ever-growing meeting with a Russian lawyer is pretty good.)

And some people just got real about the whole thing.