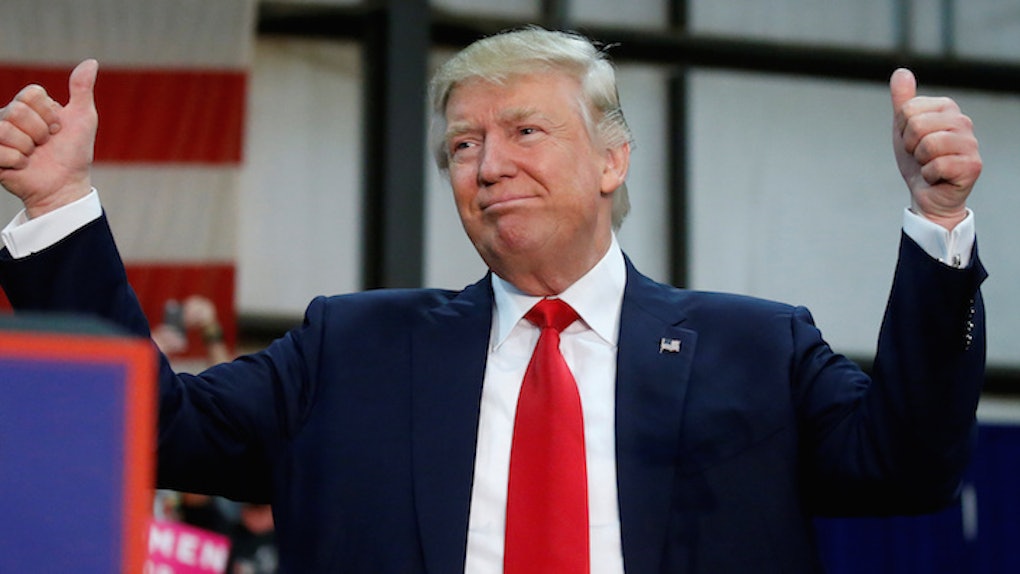 UPDATE: The page has been restored after being widely reported on in the media.

"The website was temporarily redirecting all specific press release pages to the homepage. It is currently being addressed and will be fixed shortly," the campaign explained. With the restoration of this page, it is clear the Trump campaign is unwilling – at least for now – to waive their anti-Muslim rhetoric.

Yesterday, I wrote about the consequences for Muslims – consequences both tangible and intangible – of a Trump presidency.

I delineated how his focus on Islamophobia would affect relations with Muslims here and abroad, thus leading to more hate crimes, military intervention and terrorist attacks.

I also discussed Trump's famous "Muslim ban." During the second debate, he turned it into "extreme vetting." (Think of Bush's use of "enhanced interrogation" in place of "torture.")

The full Muslim ban was an effective campaign tool to acquire attention and make waves in the media. But many of his supporters couldn't get behind it completely.

The Muslim ban plan has now disappeared from his website. It was taken down only hours after he won the presidency.

That statement bore the famous words, "total and complete shutdown" of Muslims from entering the country.

As Mic points out, the page that had this plan now redirects to a donation page.

The proposed Muslim ban energized Trump's alt-right supporters, who have rallied around encouraging the fear of immigrants and insisting on the need to kick them out.

These racial and religious undertones became more and more apparent as the race went on. They gained Trump the support of – among others – organizations like the Ku Klux Klan. In fact, the KKK's official newspaper formally endorsed Donald Trump shortly before he won.

Trump hasn't commented on the sudden disappearance of this central pillar of his campaign from the website. But it may give credence to many people's assertions throughout the campaign that he did not actually intend to act on some of the things he proposed.

This, of course, may just be wishful thinking by liberals like me, who are trying to find a way to temper their panic and fear for both their safety and the safety and dignity of immigrants. That type of thinking is as dangerous as it is naïve.

But we should be prepared to meet a different type of Trump... a Donald Trump after he has already won.