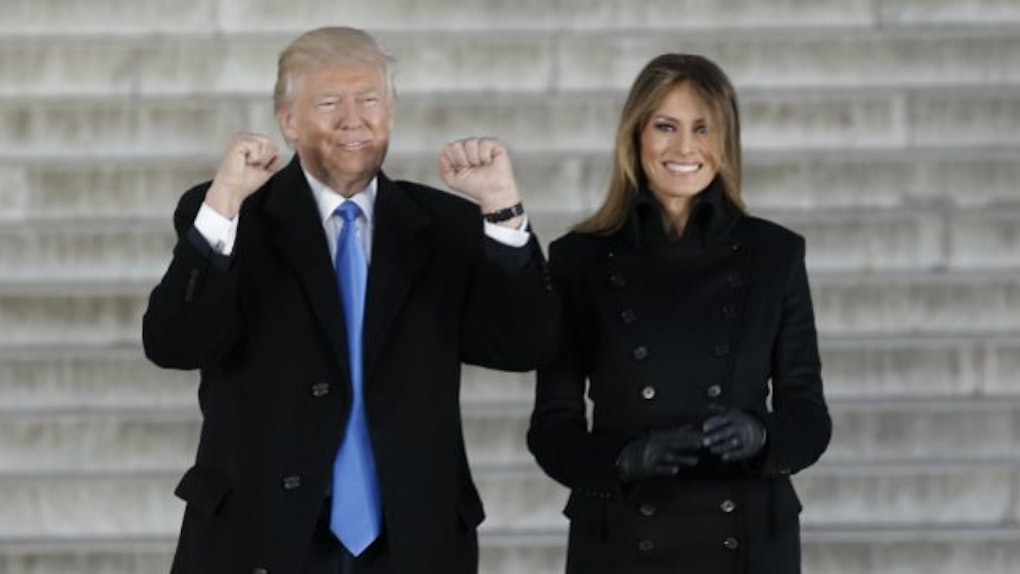 Hot take: It's kind of ironic the audio from Donald Trump's inaugural concert is so bad it sounds like audio that make have been recorded... oh, around the time World War II broke out.

I'm sure it's certainly not a terrible sign of things to come. Right? ...Right?!

The official stream of President-elect Donald Trump's inauguration concert seriously sounds like the instruments have come alive, and then suffered a truly excruciating death.

While it can be chalked up to technical difficulties, it's a perfect metaphor for how many difficulties we will all face in the upcoming four years.

Countrymen, LEND ME YOUR EARS:

*Eyes well up with tears as I salute the American flag.*

On Thursday, the festivities of the inaugural concert began with DJ Ravidrums, Sam Moore and a bunch of other people we have never heard of, but apparently do exist.

The inauguration channel tried to fix the audio situation for twenty minutes, but has since gone dead.

At least 372 people were watching the stream at one point, despite the audio resembling what I would imagine the Well to Hell sounds like, and then cutting out completely. You have to admire that dedication.

Fans hoping to catch The Frontmen of Country (who???) or 3 Doors Down (the band you listened to in middle school), I'm afraid you are so far out of luck unless you're one of the VERY FEW who showed up to see it live.

Trump had difficulty booking celebrities and musical artists to perform at his inauguration, and he currently boasts an approval rating of 40 percent.

He will enter office tomorrow as the most unpopular incoming president in 40 years.

Don't worry, Trump. I entered high school as the most unpopular student in 40 years. I guess we do have one thing in common.