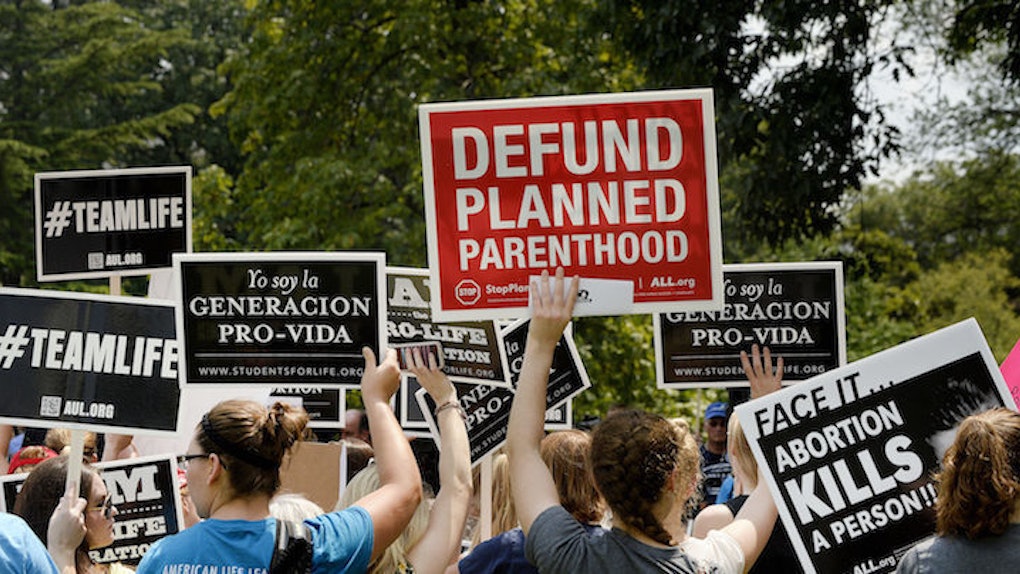 The Senate voted 52-47 Thursday to pass legislation that would end federal funding to Planned Parenthood for one year.

Republican Senators Susan Collins of Maine and Mark Kirk of Illinois joined Democrats in opposing the bill, while Democratic presidential candidate Senator Bernie Sanders was not present, according to USA Today.

Democratic Senator Joe Manchin of West Virginia chose to side with Republicans on the matter, The Hill reports.

The legislation passed amid Republican plans to repeal Obamacare altogether.

The GOP employed a budget procedure known as reconciliation to avoid a Democratic filibuster and override opposition to pass the bill through a majority vote.

The vote comes after anti-abortion activists released videos earlier this year allegedly showing organization officials discussing the sale of fetal tissue, which sent GOP officials and conservatives into an uproar.

Planned Parenthood denied making any profit off the sale of fetal tissue and announced in October it would no longer take reimbursement for the tissue it donates to medical research.

In regards to Congress' attempt to defund the organization, Executive VP of Planned Parenthood Federation of America Dawn Laguens says,

One of the lessons of this awful tragedy is that words matter, and hateful rhetoric fuels violence. It's not enough to denounce the tragedy without also denouncing the poisonous rhetoric that fueled it. Instead, some politicians are continuing to stoke it, which is unconscionable. At Planned Parenthood, our top priority is the safety and wellbeing of our patients and staff. Our doors are open today, in Colorado and across the country, and nothing will deter us from providing high-quality health care to millions of people.

Although this legislation passed in the Senate, it still must be approved by the House. President Obama will veto the legislation if it makes it to his desk.