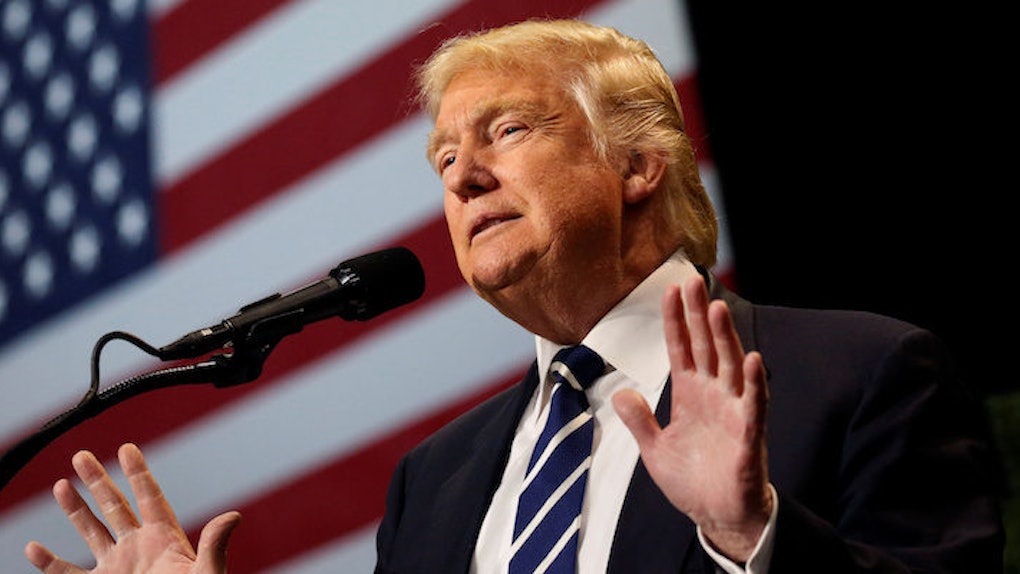 *spins chair around and straddles it cool teacher style*

*spins baseball cap around and wears it cool teacher style*

Your chosen candidate is the future president of these OK United States of America, and the rest of us are happy for you.

What? Don't look at me like that. We are! I mean, we aren't, but we respect the democratic process.

Speaking of the democratic process, can we address for a moment how 52 percent of Republicans think Donald Trump won the popular vote on November 8?

Because the Washington Post reported that according to their Qualtrics-conducted, nationally representative online survey of 1,011 US citizens, y'all do.

The survey, conducted from December 6 to December 12, asked participants,

In last month's election, Donald Trump won the majority of votes in the electoral college. Who do you think won the most popular votes?

To conduct the survey, participants were broken down into groups by partisanship, according to the Washington Post.

It's worth nothing that 60 percent of Republican voters with only a high school degree believed Trump won the popular vote.

This is not true. Clinton won the popular vote by historic margins.

Contrary to respondents' beliefs, Clinton has a 2.8 million vote lead, a number that continues to climb as her supporters, Trump opponents and the cast of "SNL" desperately pray for Republican electors to choose anyone other than the reality TV boss.

Partisanship did not affect other questions on the survey, interestingly enough.

When asked to estimate the size of the United States' African American and Latino populations, participants guessed 27 percent for the former and 28 percent for the latter.

In reality, African Americans make up for 13.3 percent of the population, while Latinos account for 17.6 percent, though Democrat and Republican participants overestimated similarly, regardless of affiliation.