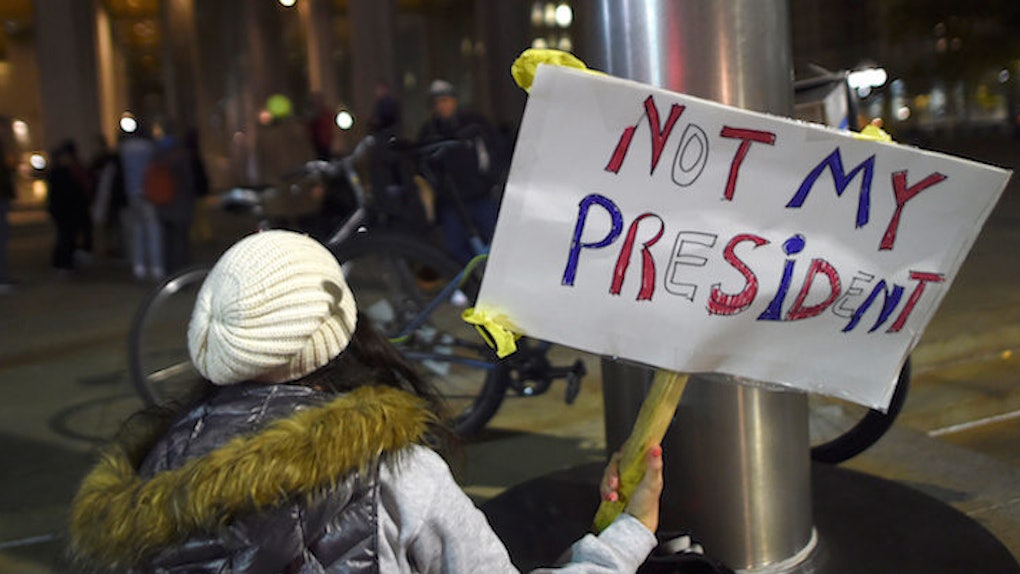 Donald Trump tweeted some stupid things on Tuesday morning, which is apparently what we're supposed to expect from our president for the next four years.

I don't know about you, but I'm super excited to show up to work every morning and see what dumb garbage our president tweeted while everyone was getting ready for the day. It's going to make America look super smart (again).

This time, Trump tweeted about the results of the election. He said had the election been based on the popular vote, he would have campaigned in New York, Florida and California.

Then, Trump said, he would have "won even bigger and more easily."

The only other place you'll see the phrase "win big" is with lottery tickets, which are essentially mechanisms through which poor people are manipulated into giving away money, so that adds up.

Mind you, had the election been based on total popular vote, Hillary Clinton would have won.

She earned more votes overall than Trump did. Clinton is projected to have gotten 2 million more votes than Trump.

And sure, let's talk about New York, Florida and California, Mr. Trump.

Of those three, Florida is the only state Trump won. In terms of popular vote, he inched past by 120,000 votes.

Even in winning, Trump is acting like a 4-year-old sore loser.

You'd think something like, you know, winning the presidency would placate even the most sensitive of egos.

He can't just accept the win and move on. He is riding a wave of masculine confidence and must insist he would win everything, and the only reason he didn't was because he didn't try.

In fact, the only reason Clinton is not now our president-elect is because of the Electoral College.

Back in 2012, Trump declared the Electoral College "a disaster for a democracy."

But naturally, as soon as the Electoral College was good for him, he declared it "genius" on Tuesday morning.

This is much like how he claimed the election was rigged until he won, at which point it was totally beautiful and clean.

You should not expect much more from his presidency. He likes things that help him without an actual understanding of what those things are. He has a manic obsession with "winning." His temperament is that of a child.