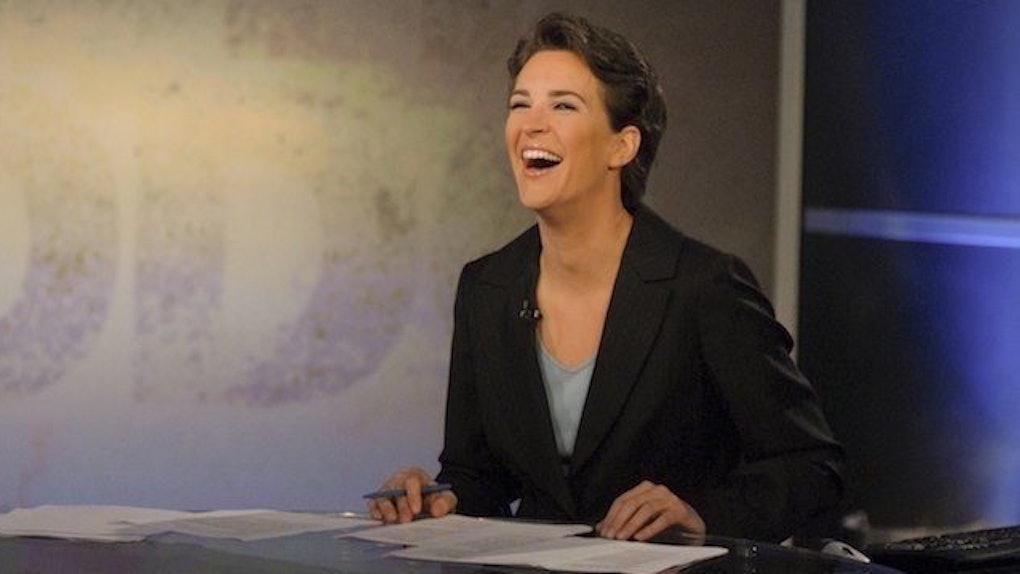 Rachel Maddow Had Badass Response To Being Called 'Sir'

Have you ever accidentally called your teacher, "Mom?" Have you ever replied, "Thanks, you too!" when the person at the movie theater who takes your ticket tells you to enjoy the film?

Yep, we've pretty much all suffered through these terribly awkward moments.

But most of us have never had made such blunders on national television.

Last night, during her MSNBC show, Rachel Maddow was interviewing Rep. Bill Pascrell (D-NJ) about attempts made by members of Congress to get Trump to release his full tax returns.

As their discussion came to a close, Maddow thanked Pascrell for joining her on the show.

His response: "Thank you, sir."

Though he quickly corrected himself by blurting out a panicked "ma'am," Pascrell was visibly embarrassed by his mistake.

But Maddow, being the badass, ever-professional woman that she is, wasn't fazed at all -- or if she was, we certainly couldn't tell.

She fired back without missing a beat,

It's all right, I answer to both. It's really quite convenient in unexpected places.

The openly gay MSNBC host has recently been riding a wave of impressive ratings, outperforming all her other primetime cable competitors, including Fox News Channel's Bill O'Reilly.

Earlier this week, Maddow made several headlines when she revealed Trump's 2005 tax returns, which she obtained through David Cay Johnston, a Pulitzer Prize-winning journalist who received the documents in his mailbox from an anonymous source.

Many were expecting the release to be the long-awaited crack in the case of the Trump administration's seemingly endless ties with Russia.

However, the only real information we learned from the president's 2005 tax returns is that he is very, very rich, and we all seem very, very poor in comparison.

Several questions remain as to who exactly Trump has financial ties with and how that will affect our country in years to come.

Hopefully, Rachel Maddow's reporting has now opened the door for other potential document leaks to trickle in and answer our lingering concerns.