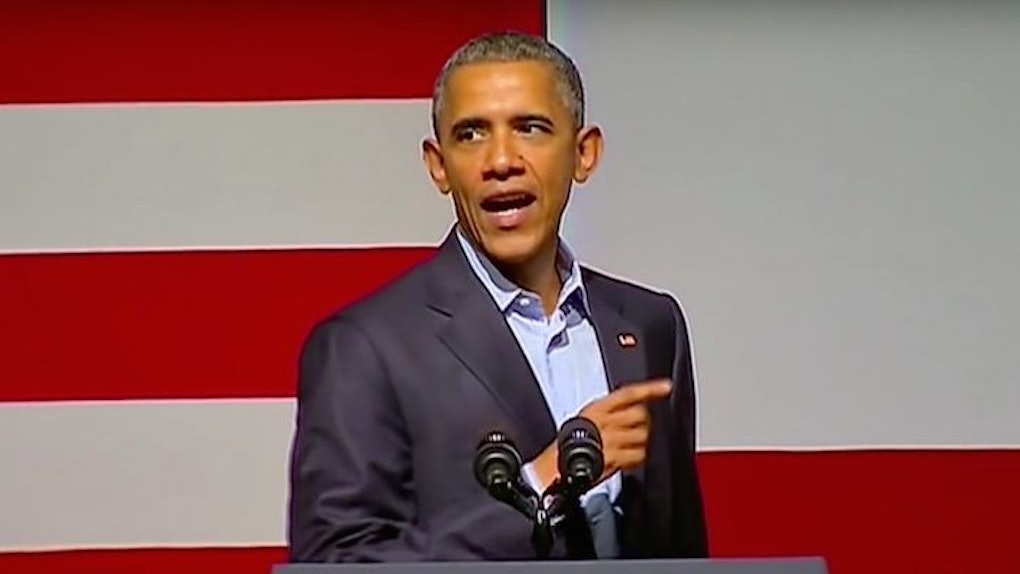 If Kanye West really does run for president in 2020, he's got a good mentor: President Barack Obama.

Obama gave Kanye some presidential advice this past weekend during a fundraiser for the Democratic National Convention in San Francisco.

After joking Kanye was running for speaker of the House rather than president, Obama indulged the crowd in "some stuff I've picked up along the way." He started by saying,

First of all, you've gotta spend a lot of time dealing with some strange characters who behave like they're on a reality TV show. So you've gotta be cool with that.

Saying that you have a beautiful dark twisted fantasy, that's what's known as off-message in politics. You can't say something like that.

Do you really think that this country's going to elect a black guy from the South Side of Chicago with a funny name to be president of the United States?

As the crowd roared, Obama cracked a smile and said,

That is crazy. That's cray!

And just like that, Obama became the first president ever to use the term "cray."