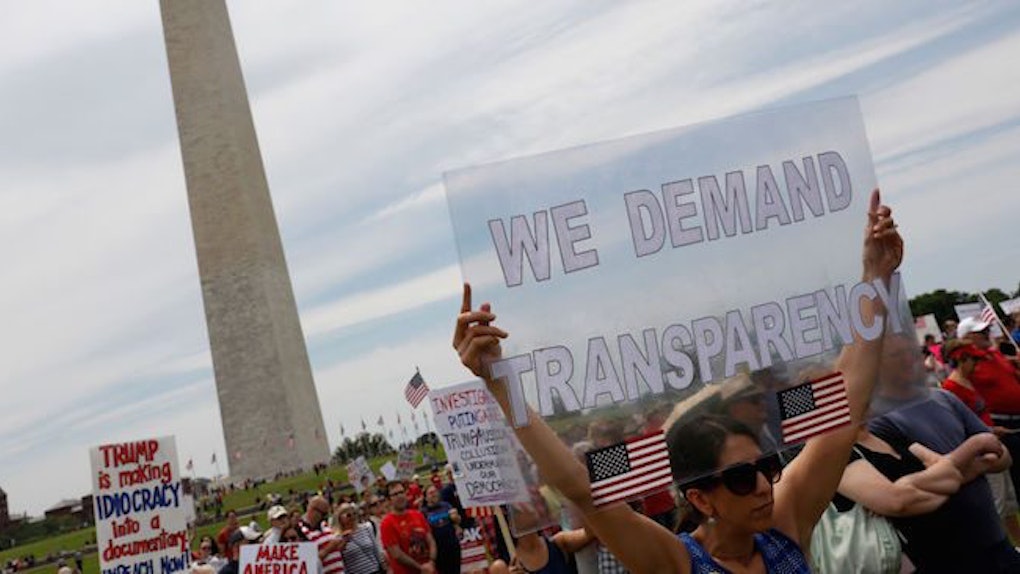 What Is An Independent Commission?

One by one, members of the House of Representatives echoed that very sentiment via social media, following Thursday's highly anticipated testimony of James Comey before Congress.

After the conclusion of the former FBI director hearing before the Senate Intelligence Committee, the tweets began steaming in.

Former Democratic National Committee chairwoman, Donna Brazile, went one step forward. She linked the desire for an independent commission to not just the will of Democrats, but the will of the people.

The "78%" Brazile cited comes from an NBC News/Wall Street Journal poll in which nearly four in five Americans supported an independent commission or special prosecutor.

While the latter has essentially already been appointed -- Comey's predecessor, Robert Mueller, was appointed as a special counsel last month -- the former deserves some distinction.

So, how exactly would an independent commission be different from a special prosecutor?

An independent commission would bring together a bipartisan panel experts, appointed by Congress, to open a new investigation into a certain matter.

By contrast, the special counsel, Mueller, was appointed by the Department of Justice, which is ultimately headed by an appointee of the president. In addition, Mueller is adopting an investigation that was already in progress.

As far back as March, Rep. Adam Schiff of California, the top Democrat on the House Intelligence Committee, called for the creation of an independent commission.

Schiff claimed that such a commissions would be able to "devote the staff and resources to this investigation that we do not have, and that can be completely removed from any political considerations," according to Politico.

Independent commissions typically employ people who have experience working in politics but are not in elected office. The 9/11 commission, for example, was chaired by former New Jersey governor Thomas Kean.

One benefit of such a commission, proponents like Schiff say, is that its members would not have to worry about the political consequences of pursuing an investigation related to a president that has a loyal base.

And if the aforementioned NBC-Wall Street Journal poll is accurate, most people are in favor of exactly that type of person investigating Russian meddling into the presidential election and possible ties to the Trump campaign.