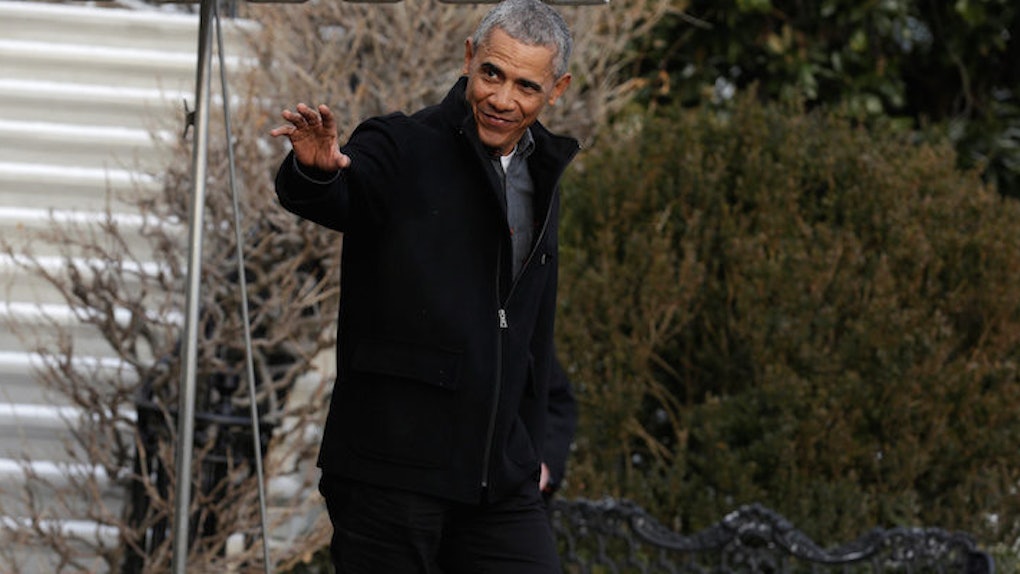 President Obama has less than two weeks left in office.

He's departing with a high approval rating and was recently voted the most admired man in America.

So, it's safe to say that much of the nation is really going to miss having him in the White House.

And just when the nostalgia and despair about the end of the Obama era is coming on extra strong, the president decided to hit everyone right in the feels with a touching letter to the 2017 Golden Globes guests.

It's a short letter, but a poignant tribute to the power of film and television.

Yes, we live in a society that's a bit too celebrity-obsessed.

But, let's face it, a lot of these people serve as major sources of inspiration for millions of people.

Not to mention, many of the stories they help tell on the big and small screens are actually important, and often lead us to reflect on both our victories and failures as a society.

Accordingly, in his letter, the president wrote,

Michelle and I send greetings to all those attending the 74th annual Golden Globe Awards. Film and television have captured audiences for generations — transforming the art of storytelling and challenging our understanding of society. Using the big and small screens to bring diverse tales to life, actors and actresses and creative visionaries behind the scenes have inspired us to find deeper meaning in our shared humanity. Tonight's nominees have devoted their talents to helping us celebrate our triumphs and illustrate our flaws. By enabling us to see ourselves in each other and creating a space for the many narratives that reflect our rich and collective history, they remind us of the power of our voices and ideas and the ways they can shape our world for the better. As you gather to recognize this year's nominees, I wish you all the best for a memorable evening.

Obama's line about the "power of our voices and ideas and the ways they can shape our world for the better" immediately brings to mind Meryl Streep's emotional speech at the awards ceremony, in which she decried President-elect Donald Trump for mocking a disabled reporter.

Streep used her position as a famous actress to speak to the "power of our voices and ideas" and how they can shape the world for better or worse.

In Streep's view, Trump's tendency to bully and belittle people makes all of us weaker and erodes the values this country purportedly stands for.

When the powerful use their position to bully others, we all lose.

She has a point, and Trump helped her prove it by responding to her remarks with a Twitter tantrum.

Trump might want to listen to it and take notes. He clearly has a lot to learn about what it means to be a leader, and what presidential behavior looks like.