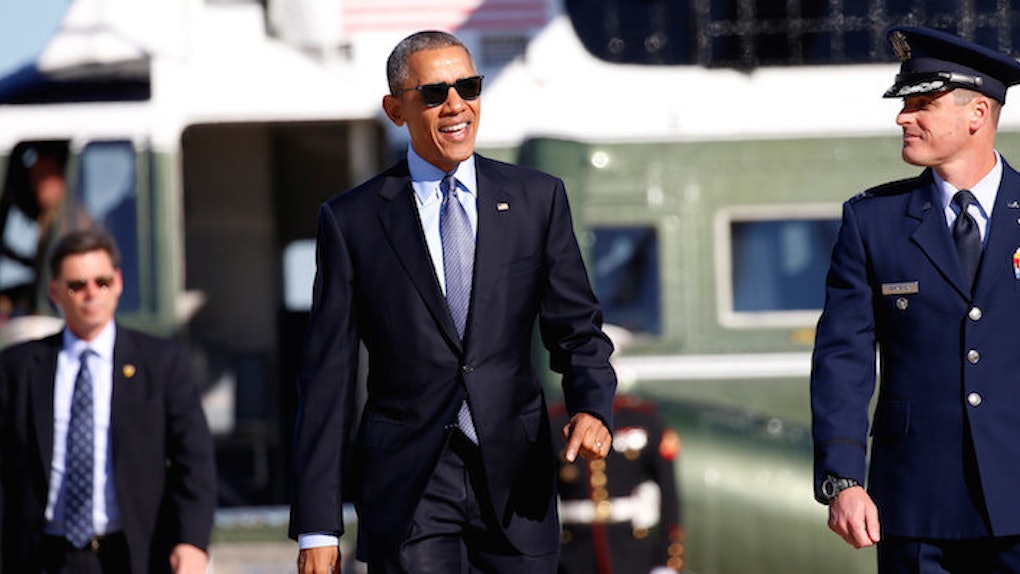 President Obama has clearly reached the stage of his presidency where he DGAF about being nice anymore, AND IT'S GLORIOUS.

At a rally for Hillary Clinton in Florida on Sunday, the president threw major shade at Donald Trump after the news broke Trump's aides took away his Twitter account to prevent him from, well, being himself.

Barely holding back his amusement at this, President Obama said,

Apparently, his campaign has taken away his Twitter. In the last two days, they had so little confidence in his self-control, that they said, "We're just going to take away your Twitter."

The president then said the country should probably take this as a warning sign Trump is unfit to be president:

He has a point.

Trump has frequently launched Twitter rants against essentially anyone who's ever criticized him, or generally anyone he doesn't like.

Remember that time Trump told everyone to go watch a sex tape at 5:30 in the morning just a few weeks before Election Day?

Yeah, this isn't exactly the most presidential behavior.

This also comes after Trump spent the weekend lying that President Obama shouted at a pro-Trump protestor.

In reality, the president defended a Trump supporter and his right to freedom of speech.

Meanwhile, a protestor at a Trump rally who was holding a "Republicans Against Trump" sign was tackled to the ground after someone shouted "gun" (there was no gun).

Trump also once urged his supporters to "knock the crap" out of protestors and promised to pay the legal fees.

The election is tomorrow. Please vote, America, and think hard before you do.