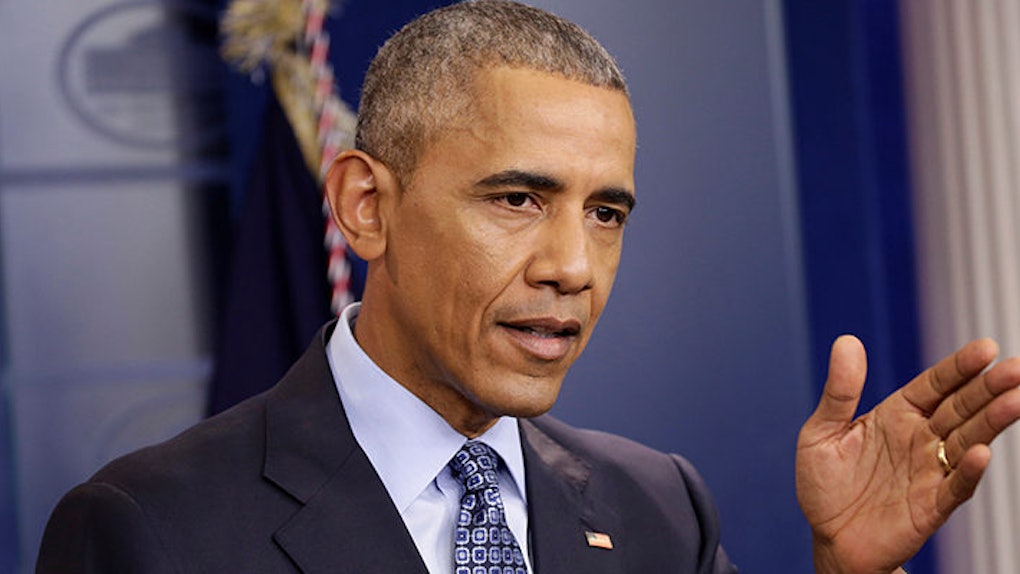 Despite Obama's Words, We Have No Reason To Assume We'll Be 'OK'

During his last press conference in the White House, President Obama tried to reassure everyone.

At my core I think we're going to be OK. We just have to fight for it, work for it, and not take it for granted.

It's an optimistic take, which isn't surprising, because Barack Obama is probably America's greatest optimist. But, realistically, it's a naive take, too.

Forget what the current president of the United States said. The fact of the matter is we have much more reason to assume things will get worse from here.

At a time when the earth is getting hotter every year, a climate change skeptic has been nominated to head the Environmental Protection Agency.

At a time when voting rights are under attack, we're likely to have an Attorney General who thinks the Voting Rights Act is "intrusive."

At a time when investigations into police departments around the country show overwhelming evidence that police reform is necessary, that same Attorney General would be unlikely to pursue it.

If you think America should look everything like a democracy and nothing like a dictatorship, you'll be concerned that our next president wants to have military parades.

If you think there should be no question to credibility of our elections, you'll be concerned that we've elected a president with the help of Russian influence.

If you think women's rights are worth fighting for, you should be skeptical about a president who was caught on tape bragging about sexual harassment.

If you think president's shouldn't have a shocking amount of conflict of interests, you'll be concerned that Trump has done little to distance himself from his business interests.

We can keep going on and on, but the point is simple: Yes, there are plenty of reason to assume Trump's presidency can be as bad as it looks.

That's not to say that anyone should freakout, either.

But we really have more of a reason now to stay informed and educated, and to be ready to hold people in power accountable. Because even if our president thinks we'll be "OK," there's little actual evidence of that fact.

In fact, the Women's March plans to do just that this weekend. The main event will be this Saturday in Washington DC, but there are hundreds of sister marches happening all over the country.

If you still can't attend, check out some other ways to get involved.