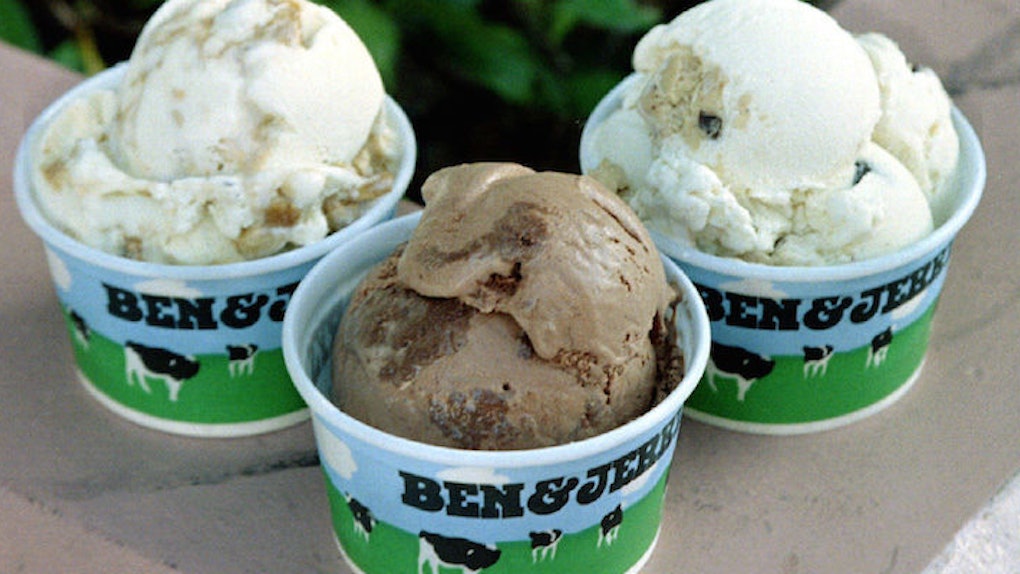 The new flavor is called Empower Mint -- get it? It's a peppermint ice cream with brownies and fudge swirls. The company unveiled it on its Snapchat on Tuesday.

Ben & Jerry's wants this flavor to encourage participation in democracy from all people. It wants to go after unfair policies in voting and elections that disenfranchise voters and make the process more complicated and inaccessible.

The flavor was launched in North Carolina. The NC NAACP joined Ben & Jerry's to premiere the flavor.

The issues Ben & Jerry's worries about include voting rules that keep mostly low-income and minority citizens from being able to cast their votes and Citizens United, a Supreme Court decision which allows rich donors to more spend more money on campaigns.

This is far from the first time the famed ice cream company has gotten involved in politics.

Back in January, Ben & Jerry's revealed an ice cream flavor for presidential candidate Bernie Sanders. The flavor is called Bernie's Yearning, and it's made of solid mint ice cream with a hard chocolate shell.

Ben Cohen and Jerry Greenfield, the founders of Ben & Jerry's, have been outspoken supporters of the Sanders campaign.

They have also long called for campaign finance reform. Cohen started an organization, Stamp Stampede, in 2012 to fight for it.

Cohen and Greenfield were arrested in Washington, DC in April during political protests. They were protesting along with Democracy Spring.

The new ice cream flavor intends to, well, empower people to get involved in democracy. It should remind consumers -- and especially younger consumers -- they have voices, whether they're heard through protests or the voting booth.

Ben & Jerry's encourages the fight against voting laws that restrict access to our constitutional right. There have been many fights over voting laws in North Carolina, which is why they launched the flavor there.

Democracy has never tasted so good.