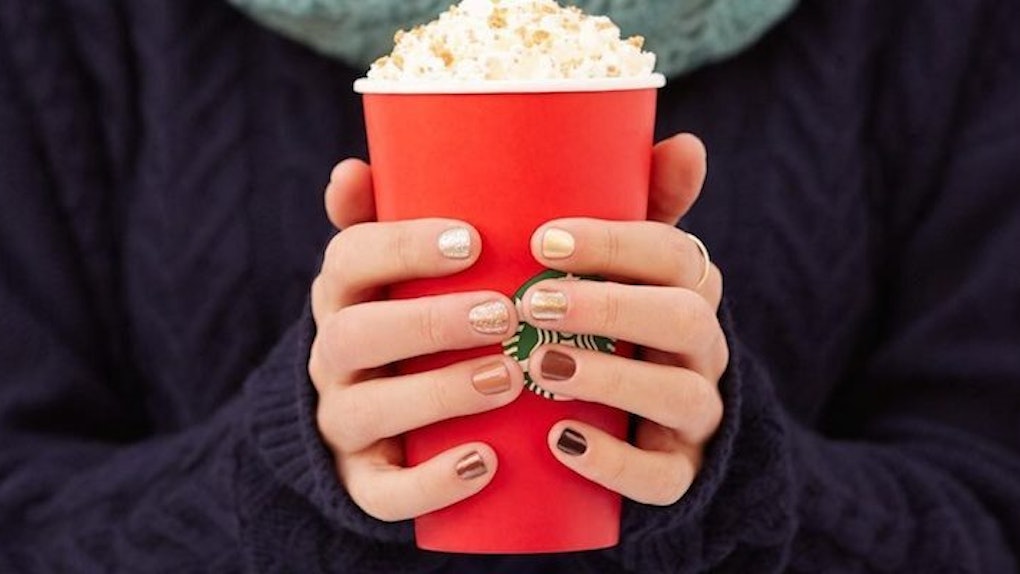 Dear Joshua Feuerstein and other Christians upset with Starbucks because of its plain red holiday cups,

When a company with thousands of locations across our multicultural and multifaith globe takes a neutral and respectful approach to the holiday season, it doesn't mean your faith is under attack or you're being persecuted.

It means the world doesn't revolve around you and your narrow interpretation of your faith.

These are erroneous notions perpetuated by intolerant individuals who misinterpret displays of respect for our increasingly diverse world as forms of oppression.

As much as you'd like it to be, America is not a Christian nation, and it was never meant to be.

The Founding Fathers were crystal clear on this matter, and this country was established upon the notion of separation of church and state. To borrow from Founding Father (and second president of the US) John Adams,

The Government of the United States of America is not, in any sense, founded on the Christian religion.

Indeed, we live in a secular nation. People in this country can adhere to any faith they want or none at all, and there's nothing you can or should do about it.

Accordingly, a business like Starbucks has no obligation of any kind to explicitly celebrate holidays linked to your faith.

If Starbucks decided to refuse service to Christians, like some Christian-owned businesses have done with same-sex couples, this would be a form of oppression. But it's not doing this.

Moreover, since you seem to be tying religion to coffee, you should know it has much stronger roots in Islam than Christianity. Coffee was discovered in the Horn of Africa, eventually making its way over to the Arab world.

The earliest known cultivation of coffee occurred in Yemen, where it was used by Muslims to stay awake and alert during prayer sessions.

As Islam spread across the Arab world, Persia, North Africa and Turkey, so did coffee.

Simply put, America has no religion and neither does coffee. So take your misplaced outrage somewhere else.

You're giving a bad name to Christians who don't feel the need to force their way of life on the entire country.

It's no wonder the US is becoming increasingly less religious because who in their right mind would want to be associated with this sort of counterproductive lunacy?

And it's fair to say if Jesus Christ were around today, he'd be disappointed you're not more concerned with the abundance of more imminent and problematic issues currently converging upon this country and the wider world.

No matter the context, if red coffee cups from Starbucks have the capacity to make you angry, I suggest you take a good hard look at your life and priorities.

If you want to boycott Starbucks, as Republican presidential candidate Donald Trump suggested, go ahead. But it will survive without your business, and you'll still be in the wrong.

Here are four things Christians, and anyone for that matter, should care about more than plain red coffee cups:

One in five US children lives in poverty.

According to the National Center for Children in Poverty, there are over 16 million children in the US living in families with incomes below the federal poverty level.

That means 22 percent of all kids in the US are impoverished.

The United States cannot call itself "the greatest country in the world" with this many children living in poverty.

War has displaced one in every 122 people across the globe.

Based on numbers from the UN refugee agency (UNHCR), there are currently around 19.5 million refugees worldwide.

We are witnessing the worst refugee crisis of our era, and it's only getting worse. What's more, half of all refugees are children.

It's on all of us to address this crisis.

Around 50,000 US veterans are homeless on any given night.

According to the National Coalition for Homeless Veterans, around 12 percent of the adult homeless population in the US are veterans.

The United States spends more than any other nation in the world on defense (around $600 billion per year). But when the people who fight our wars come home, we ignore and ostracize them. This is inexcusable.

A child dies from a preventable water-related disease every 21 seconds.

There are around 663 million people across the globe without access to clean water. Worldwide, there are more people with access to a cell phone than a clean glass of water.

To put this into perspective, this means around twice the population of the US does not have access to safe water, life's most basic necessity.

The sad fact is these are just a small sample of numerous crises we currently face as a planet.

From climate change to extreme poverty, there are so many issues people should be spending their time worrying about that aren't getting the attention they deserve.

This Starbucks Christmas cup controversy is a shameful distraction from the issues we should be prioritizing, regardless of faith.