News
By John Haltiwanger
May 5, 2015
Shutterstock

If you love coffee, you should also love goats.

According to legend, an Ethiopian goat herder named Kaldi discovered coffee around 800 AD. One day, he noticed his goats acting strange and hyperactive after eating berries from coffee shrubs. Kaldi decided to try the berries as well, and found himself energized and alert as a result. The rest is history.

So if you're enjoying a nice cup of joe right now, give a little toast to those goats.

Eventually, coffee would make it's way over from the Horn of Africa to the Arab world. Cultivated primarily in Yemen, it was an extremely popular drink throughout the Muslim world as it helped people stay awake and alert during prayer sessions. The word "coffee" is actually derived from the Arabic word "qahwah," a term for wine.

As Islam spread across the Arab world, Persia, North Africa and Turkey, so did coffee. So even though we often associate good coffee with Italy, its origins are in the Middle East.

Coffee arrived in Europe in the 17th century via the Dutch, which ultimately led to the establishment of the coffeehouse, one of the most important developments in history.

Coffee sobered the world up and fueled the Age of Enlightenment in the 17th and 18th centuries. 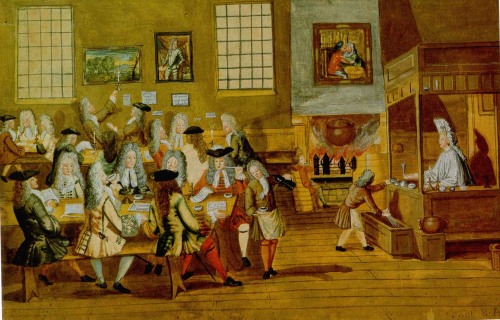 For the first half of the 17th century, coffee was still a relatively unknown drink in Europe, by the end of the century, however, it was fueling one of the greatest eras of innovation and intellectual exchange in history -- the Age of Enlightenment.

Before coffee, people mainly drank beer, as clean water was hard to come by in those days. Unsurprisingly, people were drunk a lot of the time. Then coffee arrived, and it sobered Europe up.

Coffeehouses became the new hangout spots and centers of free-thinking, exchange, debate and dialogue in the process. It's no secret coffee is a stimulant, and it makes us a lot more talkative and alert.

Perhaps the best part of coffeehouses was that they were open to all, allowing a unique location where both the rich and poor could mingle and learn from one another. One might say that coffeehouses were the original version of the Internet. 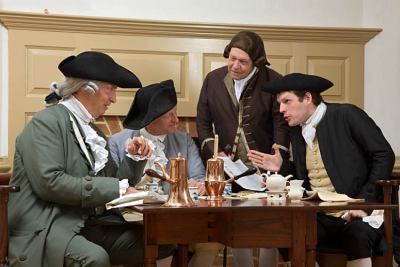 Correspondingly, many historians contend the American Revolution was devised in a coffeehouses in Boston, Philadelphia and New York.

Coffeehouses served as the perfect setting to plot against the British crown. They were egalitarian, public settings where people came together to debate and discuss politics. Indeed, one might argue caffeine was the catalyst for independence.

Side-note: The French Revolution was also planned in coffeehouses.

The Union wouldn't have won the Civil War without coffee. 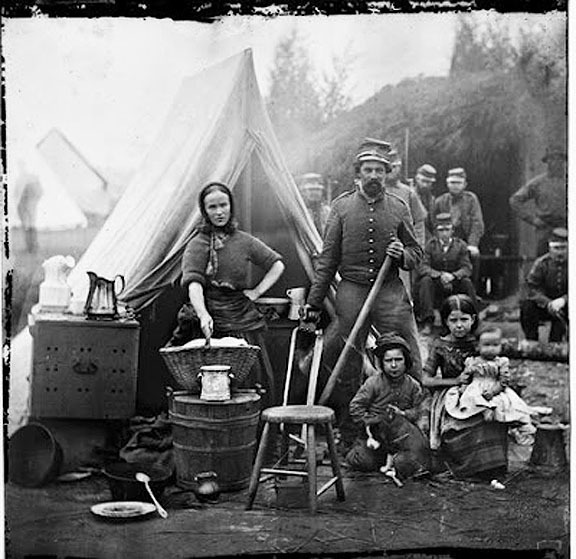 The Civil War was the deadliest conflict in American history, claiming 622,000 lives between 1861-1865. It was a war that split the country in two, with the Union (north) combatting the Confederacy (south).

Ultimately, the Union emerged victorious, and it's fair to contend they wouldn't have won without coffee.

Both armies desperately craved caffeine, but the Union had greater access to coffee beans than the Confederacy. A Union blockade made coffee a precious commodity for the South, while the soldiers from the north had it for every single meal. Even when they didn't have time to actually make coffee, Union soldiers chewed on coffee beans.

In turn, they were often more alert and energized than their southern enemies, giving them an advantage in battle. But even more than that, coffee was one of their greatest comforts, providing warmth and camaraderie in the midst of violence, despair and destruction. 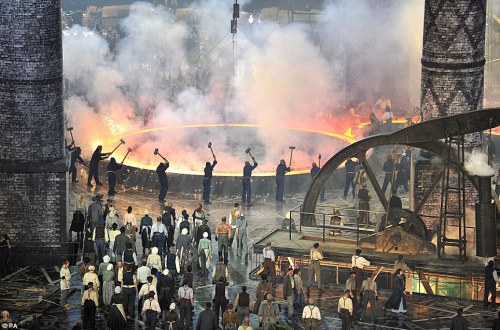 The Industrial Revolution, occurring during the 18th and 19th centuries, modernized the world and led to new industries, technologies and social practices. It wouldn't have been possible without coffee.

In order to last and stay alert during the excessively long and oppressive days, workers relied heavily on coffee and the energy its caffeine provided.

At that time, workers were forced to work hours on end with little pay and food. Coffee was one of the only comforts.

To this day, it remains the drink of the masses largely as a consequence of the Industrial Revolution.

Much like Lloyds of London, both the New York Stock Exchange and the Bank of New York began in coffeehouses on Wall Street.

The first home of the New York Stock Exchange was the Tontine Coffee House, then located on the corners of Wall and Water streets. Business for the NYSE was conducted there from 1794 to 1817.

The Bank of New York was established in the Merchants Coffee House in the 1780s, also located at the corners of Wall and Water street at the time. Merchants also served a vital role before the Revolutionary War as a meeting place for supporters of independence.

Thus, in multiple ways, coffee played a vital role in global trade since it first emerged out of the Horn of Africa. Today, it's one of the most traded commodities, benefiting the economies of countries across the world.

Coffee played a role in every major war America has fought in, simultaneously changing its culture. 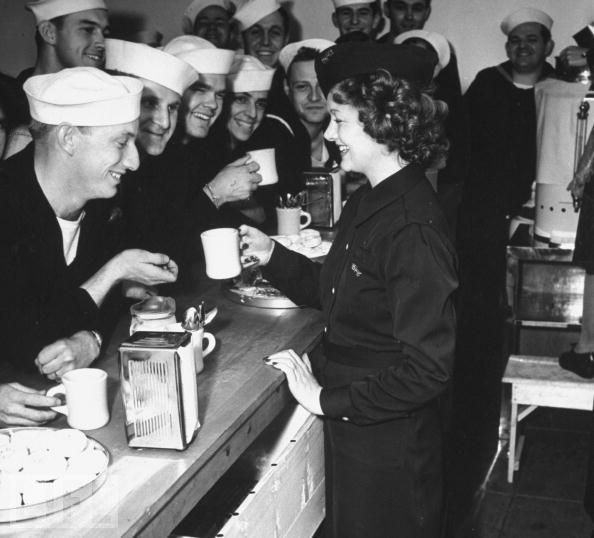 During World War I, dehydrated packs of coffee were a standard part of army rations. In turn, American soldiers became very used to and fond of the drink, demanding it upon their return home. They wanted to have coffee wherever they went to eat or socialize.

In the years immediately following WWI, the number of coffee houses in the US grew by 450 percent. Ultimately, this led to the establishment of the great American Diner.

Subsequently, during World War II, American servicemen each consumed 32.5 pounds of coffee per year. Simultaneously, for the workers at home who fueled the war effort, coffee became an excuse for a brief escape from work -- which explains why we continue to take coffee breaks to this day.

By the Vietnam War, coffee was such a staple of the American military and culture that soldiers reportedly burned C4 explosive in order to make it in the jungle.

Today, Americans drink about one cup of coffee per day, but nutrition experts believe we should drink much more. Given the influence coffee has had on our history, and the history of the world for that matter, we really have no excuse not to be downing at least five cups a day.