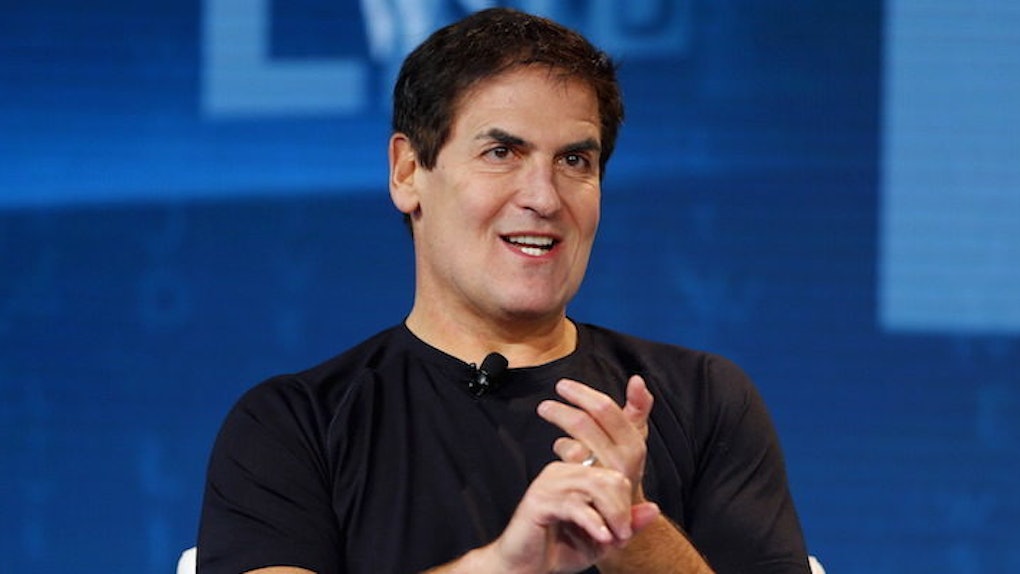 During an interview at the SkyBridge Alternatives Conference in Las Vegas on Thursday, Dallas Mavericks owner Mark Cuban described Trump in a way that is bound to drive the real estate mogul crazy.

Cuban, who also said his relationship with Trump was "love-hate," stated,

There's that guy who'll walk into the bar and say anything to get laid. That's Donald Trump right now to a T. But it's all of us who are going to get f*cked.

Trump, who has branded himself as a virile man who "tells it like it is," will undoubtedly hate this description because it paints him as annoying and inauthentic.

The mysoginistic narcissist will also likely not enjoy the fact Cuban utilized a metaphor in which Trump is less than desirable to women, given Trump has always tried to describe himself as a playboy who women find magnetizing. This is exemplified via his concern with letting people know there is no problem with the size of his hands (among other things).

With that said, what Cuban said is actually a fairly accurate depiction of Trump's presidential campaign.

Trump's policy proposals have been wildly inconsistent, and he's flip-flopped on numerous issues multiple times, sometimes in the very same day. In other words, he'll say or do anything to get elected, whether he believes it or not.

Regardless of whether Trump will stand by his purported convictions, his campaign has already done significant damage to the state of the country, both domestically and internationally.

As Cuban aptly put it, when it comes to Trump, "it's all of us who are going to get f*cked."