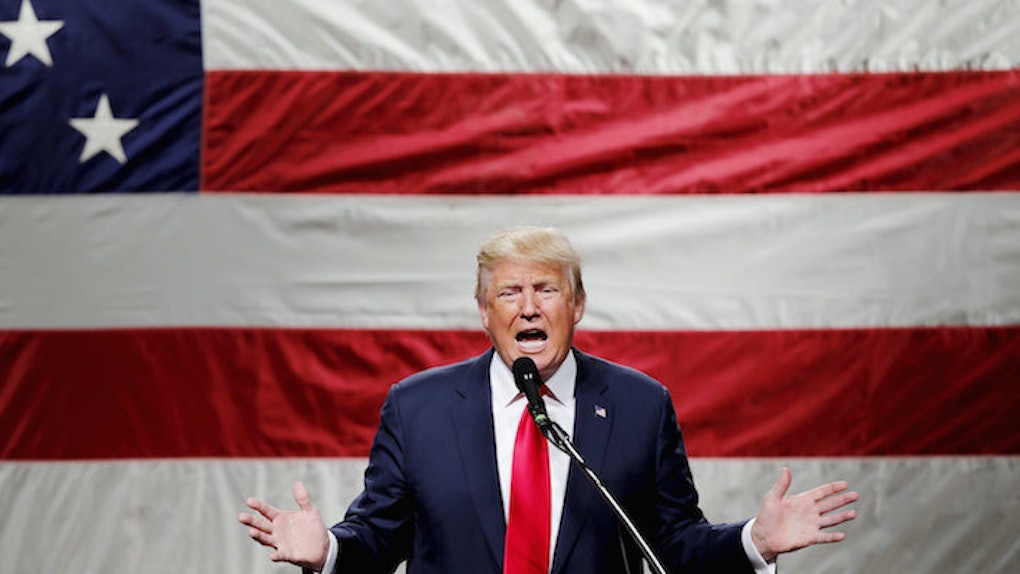 On Wednesday, Republican front-runner Donald Trump delivered a speech on foreign policy, outlining his vision for America's role in the world.

The real-estate mogul called for a foreign policy defined by an "America First" mentality. He promised a coherent speech, but what he offered was something basically equivalent to the theme song from "Team America: World Police."

In other words, his speech might as well have been titled "America, f*ck yeah."

My foreign policy will always put the interests of the American people and American security above all else. It has to be first. Has to be. That will be the foundation of every single decision that I will make.

His speech left many people somewhere between wildly amused and completely terrified.

So, more specifically, what was so wrong with his speech?

To start, someone should probably inform Trump America almost always puts itself first when it comes to foreign policy.

The United States is inherently driven by its own self-interests when it comes to international relations -- as are most nations. But, most nations don't also have 800 military bases across the globe, a permanent seat on the UN Security Council, nuclear weapons and the most powerful military in the history of the world.

In Trump's defense, he did begin by making some valid points about America's misadventures in the Middle East and the terrible costs of its recent activities there.

But, it all went downhill after that.

For example, Trump argued the US needs to rebuild its military, contending President Obama allowed it to dwindle in size and strength. This couldn't be further from the truth.

The US spends around $600 billion per year on defense, far more than any other country on the planet. By essentially every metric, the US military is by and far the strongest in the world.

Indeed, Trump's speech was characterized by contradictions and false statements, like contending Iran violated the terms of the Iran deal when there's no evidence of this. Trump essentially argued the deal forged a path for Iran to obtain nuclear weapons, when it, in fact, achieved the opposite.

What's more, he said he was "totally against the war in Iraq," which is a blatant falsehood.

Not long before the US invaded Iraq, Trump was interviewed on "The Howard Stern Show," and Stern asked whether or not Trump supported the war. Trump replied,

Yeah, I guess so.

Trump said America needs to work closely with its allies in the Muslim world in the fight against ISIS, even though he failed to explain why these countries would want to collaborate with a man who called for banning all Muslim immigration to the US.

He argued we need a more "coherent" foreign policy but also made statements like, "We must as a nation be more unpredictable."

He criticized President Obama for being too friendly with America's traditional enemies but also argued,

We desire to live peacefully and in friendship with Russia and China.

But the real inconsistency in Trump's speech came in his argument for simultaneous isolationism and interventionism. Trump seemed to call for America to exert its strength in the world while also stating it needs to pull back and its allies must play greater roles.

Trump's vision for America's role across the globe is not based in reality.

In short, the Republican front-runner has a very vague understanding of the complexities of foreign affairs. His knowledge of the world is deeply lacking, and the prospect of him becoming president is very unsettling.