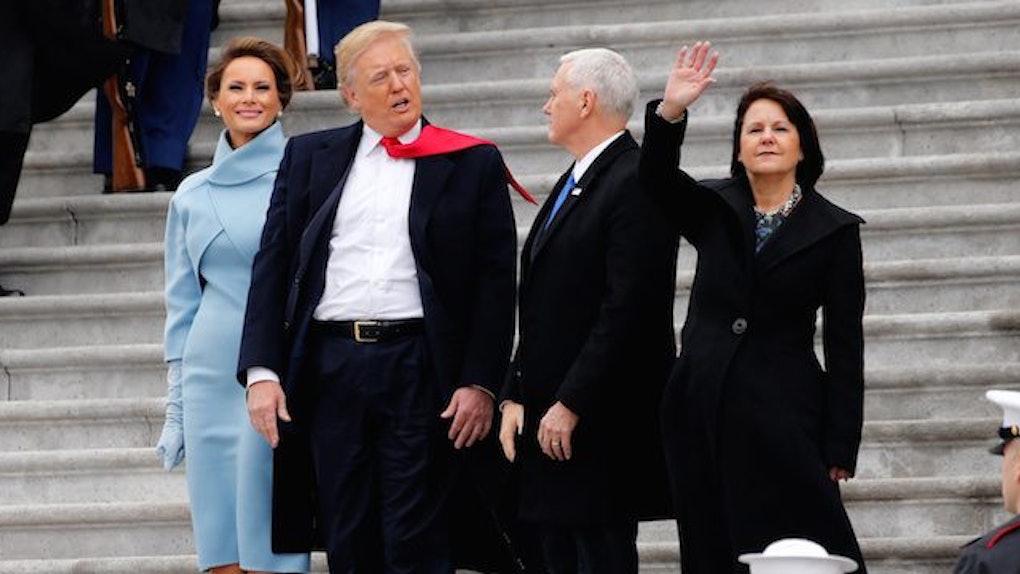 All LGBTQ+ Mentions Are Deleted From White House Site

As Donald Trump was sworn in as president of the United States (yes, that's real), a number of official digital assets from the White House started to change.

The official affiliated social media accounts -- including those on Twitter, Facebook and Instagram -- were handed over to the Trump administration from the Obama administration, putting forward a plan that's been in place for a while.

The Obama administration also handed over the official White House website. So WhiteHouse.gov is now controlled by Trump and his team.

And as soon as that transition happened, people who generally care about other people started freaking out.

The issue pages for several major concerns have been deleted off the official White House website.

The deleted pages include those about LGBTQ+ rights, climate change, healthcare and civil rights.

These are all issues that people have been concerned about with Trump acting as president. Trump has said he doesn't believe climate change is real and has not been supportive of civil rights (and, in fact, disparaged Civil Rights Movement icon John Lewis just last week).

Trump also picked Mike Pence, who has one of the worst records on LGBTQ+ rights, as his vice president.

The climate change deletion is particularly alarming because of the pages that do now appear on the White House website.

President Trump is committed to eliminating harmful and unnecessary policies such as the Climate Action Plan and the Waters of the U.S. rule.

The Climate Action Plan was Obama's plan to help stop the human factors that science says lead to climate change.

Trump's White House page on energy also talks about increasing drilling and the use of oil, natural gas and coal.

So, uh, future's looking bright or something.