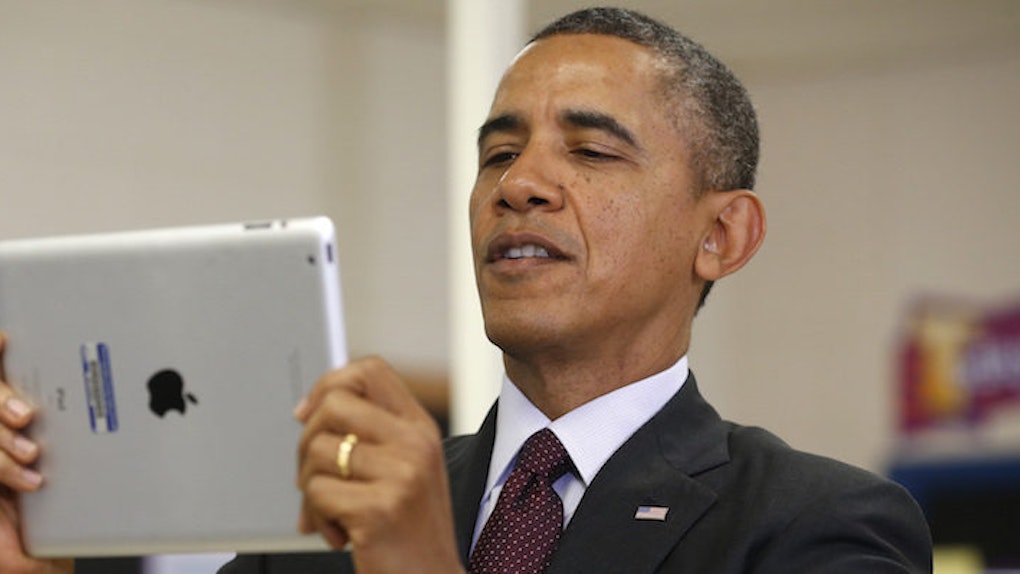 Obama's Social Media Accounts To Be Wiped In 2017

President Barack Obama was the first president to, like, really use social media.

Obviously he's not a master of it. We're sure it's his team running the accounts, so it's likely he doesn't even really know how to send a snap.

But his social media profile has been expansive.

But with just a few days left in the White House, what will happen to those accounts? The things is, they all have handles like @POTUS, @WhiteHouse, @FLOTUS and so on. Once the Obamas leave the White House, it'd be weird if they were still using these handles.

Special Assistant to the president and Deputy Chief Digital Officer, Kori Schulman, explained what's going to happen to the accounts in a blog post.

Don't worry about losing your favorite tweets and snaps.

The National Archives and Records Administration (NARA) is saving everything and working on making it all publicly available.

By saving everything, they mean every tweet, Insta, snap and so on. So yeah, Obama may have thought his Snap Stories would go away after 24 hours, but they'll stick around American history forever.

They're going to save some of this stuff to new, Obama-specific accounts. On Twitter, that's @POTUS44 (which is currently a protected account). Facebook and Instagram will be using the handle @ObamaWhiteHouse for the archives.

Basically, just add a 44 to the accounts for Joe Biden and Michelle, and you're all set to save the memories.

The next president will be starting over.

All the social media accounts are going to be wiped clean before the 45th president takes over in January.

On Twitter, for example, the handle @POTUS will be made available to the 45th President of the United States on January 20, 2017. The account will retain its more than 11 million followers, but start with no tweets on the timeline.

Basically, what this means is we won't be able to use Obama's old tweets to embarrass whoever comes next. Like, you know how we go back in @RealDonaldTrump's account to find tweets that contradict with what he's saying at the time?

Won't be able to do that with @POTUS.

It was Pete Souza's Instagram. Souza is the official White House photographer, and he took all those famous pics of Barack we know and love.

To be honest, I just need to know if Souza will keep posting more of the incredible pics he took of the Obamas over the past eight years of this historic presidency.