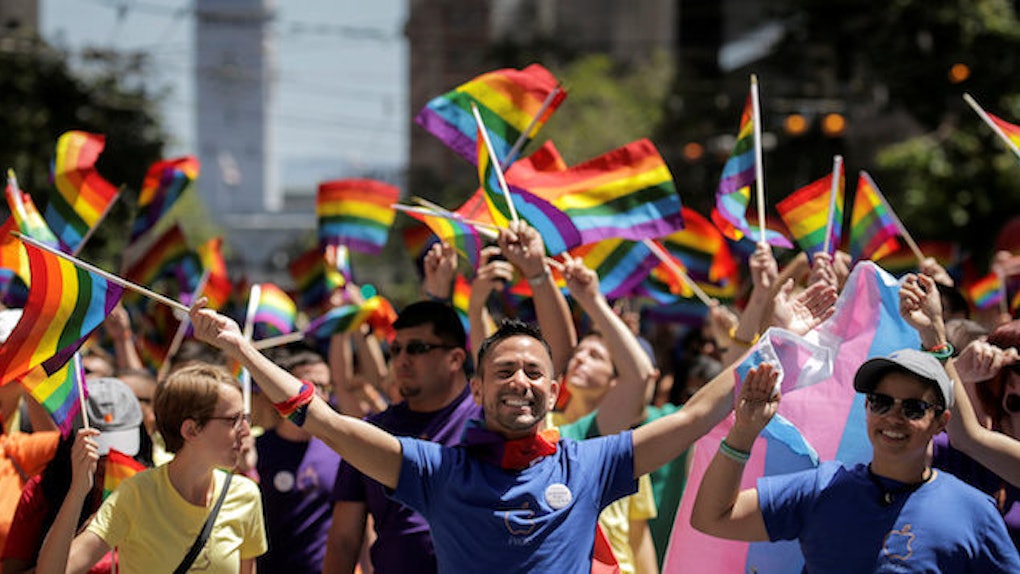 I'm never one to shy away from an excuse to dance, and now, moving my feet can actually be used as a big "fuck you" to Mike Pence.

Members of WERK for Peace, an LGBT activist group described as “a grassroots movement using dance to promote peace,” and DisruptJ20, an organization set on making sure Pence and Trump are not peacefully inaugurated, have planned out a lively party-protest right by the Vice President-elect's house in Chevy Chase, Maryland.

Coinciding with inauguration week, this dance event is aimed to give a big middle finger to the 57-year-old politician and the detrimental anti-LGBT legislation he may introduce once officially in office.

Not to mention, he's been extremely vocal throughout campaigning when it comes to his stance on marriage quality and conversion therapy.

Clearly, he needs a reminder that the gays aren't going anywhere anytime soon.

The Facebook event page for the dance party reads, “The homo/transphobic Mike Pence has graciously invited us to shake our booties and bodies in front of/around his house in Chevy Chase. We plan on leaving behind [biodegradable] glitter and rainbow paraphernalia that he can NEVER forget.”

The event, which has 837 people listed as going and over 3,000 people marked as "interested," will go down tonight at 6 pm. By the sounds of it, it's bound to deliver quite an impact.

“That's right, get ready to WERK it and tell Daddy Pence: homo/transphobia is not tolerated in our country!” the event description continued. “Bring your flyest rainbow gear and your booty/body shaking skills!”

If it wasn't such a far walk from the mean streets of New York City, I'd be right there alongside my LGBT brethren in my finest rainbow suspenders and red leopard cut-off tee.

Unfortunately, old and grumpy Trump/Pence supporters have already tried (and failed) to discourage attendees from participating with hateful comments and threats on the event page, but what else is new?

No matter what negativity or hatred is thrown toward this queer dance party protest, though, one thing will be certain: It's still going to be fabulous.