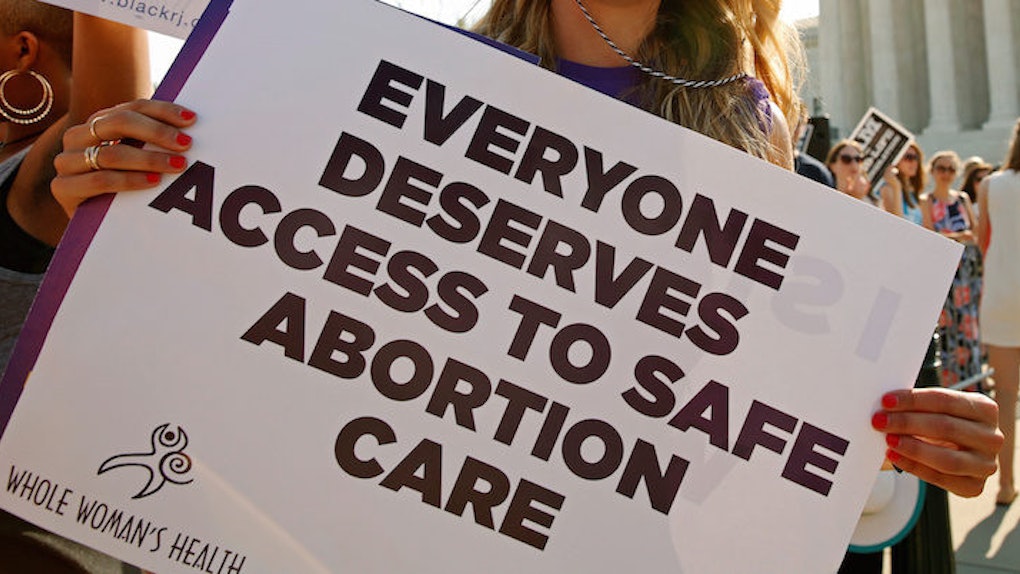 106 Democratic members of Congress sent a letter to Donald Trump demanding he get rid of the Hyde Amendment.

The Hyde Amendment says federal funds can't be used for abortions. So that means women on Medicaid, as well as federal employees, members of the Peace Corps and military -- women who get health insurance through the government -- can not have abortions covered by their insurance.

Many of the nation's most vulnerable women, including those who are low-income, young and minorities, are hurt by this law.

But every year, the government votes to keep it on the books.

The amendment has been around for 40 years -- almost as long as abortion has been legal in the United States.

The Democrats put it on their platform this year to get rid of it. It was a major part of Hillary Clinton's campaign.

Although the Democrats didn't win the presidential election, they are continuing the fight to eliminate the Hyde Amendment.

They made that clear in this letter, which was led by Representative Barbara Lee of California, a major leader in this fight.

For too long, low-income women and women of color have shouldered the burden of our country's restrictive reproductive health laws.

The lawmakers demand Trump eliminate the Hyde Amendment as well as other budget rules that restrict abortion access.

It notes one in four women eligible for Medicaid who would have gotten an abortion if they had the money "must carry the pregnancy to term."

Every person should be treated with dignity, compassion and respect -- and that includes upholding a woman's right to make her own decisions about whether to end a pregnancy.

It's pretty unlikely Trump will listen to this letter.

He has made it clear that, in addition to knowing absolutely nothing about abortion, he will do what he can to strip women's access to the safe and legal medical procedure.

Even though it probably won't do anything to end Hyde, the letter sends a clear message that the lawmakers have not given up on that fight.

It's taken a long time for the Hyde Amendment to become such a hot topic, so it's important to keep the conversation and awareness going.

Representatives Lee and Jan Schakowsky of Illinois have another trick up their sleeves, though.

In 2015, they introduced the EACH Woman Act along with dozens of members of Congress and the support of women's health and rights organizations.

They will continue to fight for this bill, the women told BuzzFeed.

Citations: All Above All, BuzzFeed