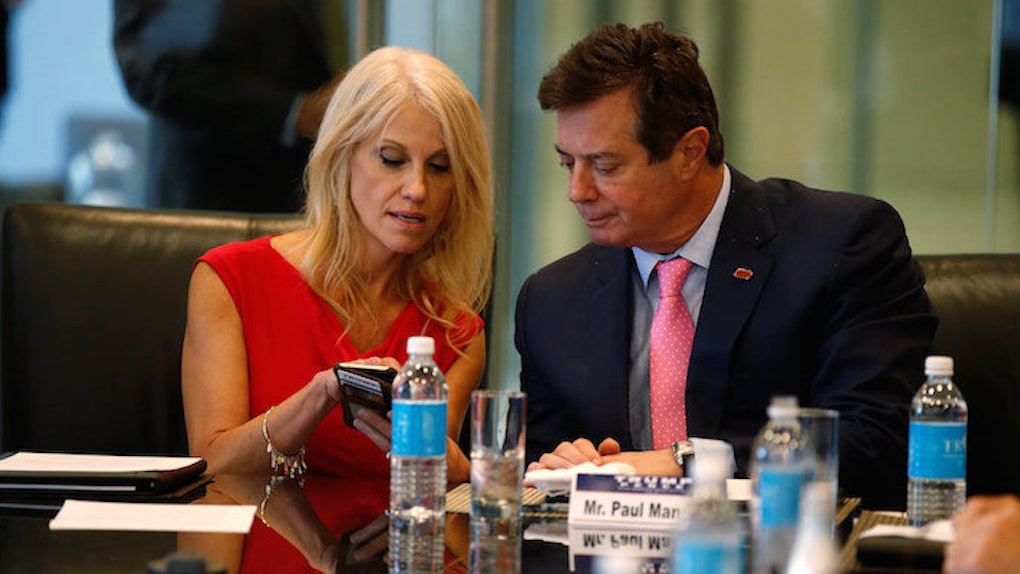 Thanks to her new high-power position running a presidential campaign, her past is under more scrutiny.

That brings us to this 2013 clip from PBS that was unearthed this week. Conway was on a roundtable in an episode of "To the Contrary." During her appearance, she said,

So according to Conway, if women were as physically strong as men, poof! Rape is gone forever.

Conway has a point, to some extent -- some very minor extent. Sure, there are a few cases of rape that may have been stopped if the women were strong enough to fight off the men and get away.

But a majority of cases of rape would have been stopped if men just, you know, stopped forcing themselves on women without consent.

Third of all, physical strength is not necessarily a major factor in rape.

Unlike Conway's assertion "professional" strength isn't an element of rape, attackers can be in professional positions of power and use that to coerce victims into sexual assault and rape, like former Police Officer Daniel Holtzclaw did, preying on vulnerable women.

Most rapes are not committed by strangers in alleys. Three out of four rapes are committed by people the survivors know. This means there are psychological elements to the crime -- not just physical.

There are a lot of elements that lead to a rape occurring, but mostly, it's that a rapist rapes someone, not that a survivor isn't strong enough.