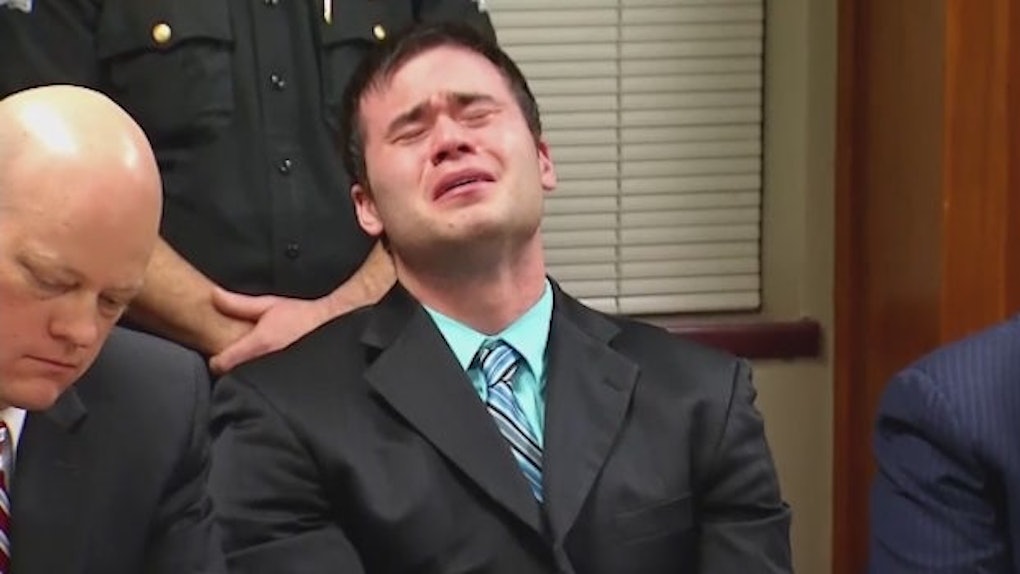 Daniel Holtzclaw has been sentenced to 263 years in prison.

Holtzclaw was accused of assault by 13 women. The women were stopped by Holtzclaw while he was presumably on patrol in a low-income neighborhood.

All 13 of the women are black. Most have low incomes and some have drug or alcohol abuse problems. Some of the women had previous run-ins with law enforcement.

These are the people who are among the most at-risk of being abused -- black, low-income, substance-using and women.

He didn't choose CEOs or soccer moms. He chose women he could count on not telling what he was doing… He counted on the fact no one would believe them and no one would care.

Holtzclaw would stop women on the street. He would run their names through the system to check for outstanding tickets and warrants. Many women said he asked them to lift their shirts and pull down their pants to prove they didn’t have drugs or paraphernalia on them.

Holtzclaw told women he would keep them out of jail if they complied with him. He groped women’s breasts and genitalia, saying he was checking for drugs. He forced women to give him oral sex and raped women.

Holtzclaw used his position of power to force women to do what he said.

One woman said in testimony, according to BuzzFeed:

Many of the women did not report the assaults because they feared repercussions. They worried Holtzclaw would tell neighbors they were a snitch or they would end up in jail themselves.

Moreover, though, the women did not think people in power would listen to them. If you are assaulted by a police officer, why would you trust another police officer?

One woman said in testimony:

I didn’t think that no one would believe me. I feel like all police will work together and I was scared.

Holtzclaw was finally stopped when he forced a 57-year-old grandmother to have oral sex. The woman, identified only as JL, went home and told her daughter. They are middle class, JL did not have a criminal record -- unlike many of the other victims -- and they went directly to the police to report it.

From there, Detective Kim Davis investigated, BuzzFeed reported. The case sounded similar to an unsolved one she had heard before.

The Oklahoma City Sex Crimes Unit found the women whose names Holtzclaw had run through the department multiple times. They then contacted each woman saying they had a tip she had been sexually assaulted, and an undisclosed percentage said they had been.

Eight women initially said Holtzclaw assaulted them in early fall last year. That number grew to 13 as the year went on. The youngest victim was 17 years old at the time of the assault.

There are, of course, many police officers who do their work well with respect and responsibility to the people they serve. Others, however, assume their position grants immunity.

About 1,000 police officers lost their badges for sexual assault, sex crimes and sexual misconduct from 2009 to 2014, the Associated Press found. They called this number “unquestionably an undercount” as the data they used was not complete.

The fact Holtzclaw was accused, charged and convicted is remarkable.

Holtzclaw targeted women who would be least likely to come forward due to myriad disadvantages.

The women who felt confident and secure enough to report Holtzclaw found investigators who heard them and took them seriously enough to launch a large-scale investigation.

The investigation led to more women coming forward, with confidence they would be believed.

Then came the court case. The trial included an all-white jury of mostly men, which statistically puts the black, female defendants at a disadvantage.

This jury found Holtzclaw guilty and recommended he serve 263 years in jail.

Aside from serving justice, this sends a major message. This conviction says all women -- regardless of race, income and lifestyle -- deserve to be heard and protected.

It’s a message we don’t hear very often, and it bears repeating: All women -- regardless of race, income, and lifestyle -- must be heard and protected.