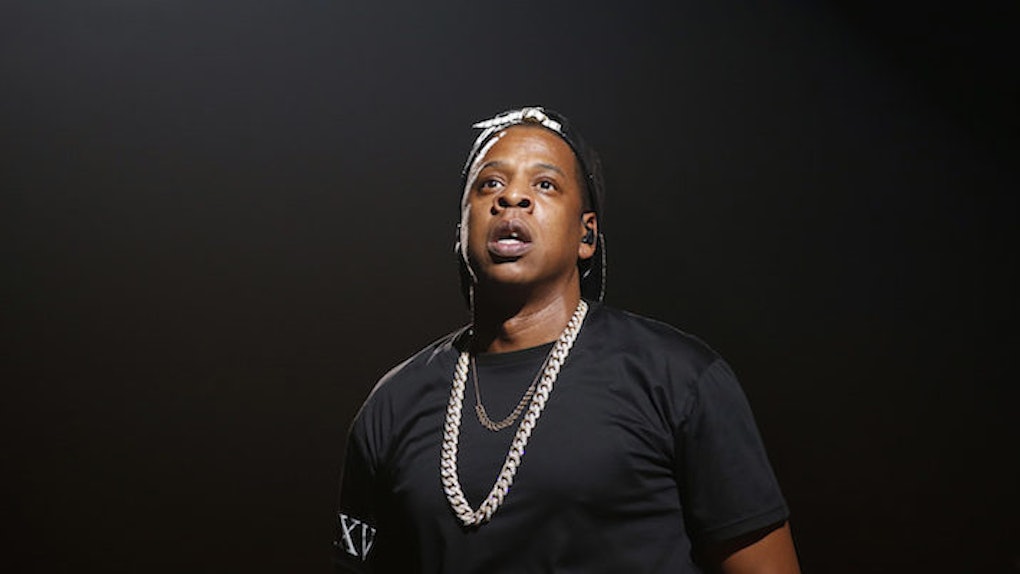 Jay Z's New Film About The War On Drugs Is So Honest, It'll Give You Chills

Shawn Carter, aka Jay Z, just released a powerful video on what an "epic fail" the War on Drugs has been.

Forty-five years later, it's time to rethink our policy and laws. The War on Drugs is an epic fail.

The video, which is narrated by Jay Z and features artwork from Molly Crabapple, is a captivating look at the ways in which the overtly biased policies surrounding the drug war have done far more harm than good.

As Jay Z explains, the War on Drugs began under President Nixon in 1971 but was escalated by President Reagan, who made a concerted effort to demonize drug dealers while ignoring many of the core issues that might drive young people with a lack of opportunities toward such activities.

Drugs were bad — fried your brain. And drug dealers were monsters, the sole reason neighborhoods and major cities were failing. Nobody wanted to talk about Reaganomics and the ending of social safety nets, the defunding of schools and the loss of jobs in cities across America. Young men like me who hustled became the soul villain, and drug addicts lacked moral fortitude.

Jay Z also pointed out the fact the US, which prides itself on its "freedom," has the highest incarceration rate in the world, which is directly linked to the drug war,

In the 1990s, incarceration rates in the US blew up. Today, we imprison more people than any other country in the world —China, Russia, Iran, Cuba — all countries we consider autocratic and oppressive.

The video also highlights the disproportionate impact mandatory minimum sentences have had on minorities, and the racism embedded in the origin and application of America's drug laws.

While black people make up roughly 13 percent of the US population, they are incarcerated at nearly six times the rate of whites and comprise 31 percent of those arrested for drug law violations — even though white people and black people use drugs at similar rates.

Today, there are over 2.3 million people incarcerated in the US, and nearly 1 million are black, according to the NAACP. Roughly 21 percent of all those behind bars in America are there for drug offenses.

The US spends roughly $80 billion per year maintaining this system of mass incarceration, and it's wasted over $1 trillion on the War on Drugs across over four decades.

Meanwhile, in places like Colorado, where marijuana has been legalized, entrepreneurs are making a killing while people in other states are still being incarcerated for marijuana-related offenses. In the video, Jay Z points out how illogical this is and the imminent need for change,

Venture capitalists migrate to these states to open multi-billion dollar operations, but former felons can't open a dispensary. Lots of times, those felonies were drug charges caught by poor people who sold drugs for a living but are now prohibited from participating in one of the fastest-growing economies.

On this subject, it's worth nothing black people and white people use marijuana at roughly the same rate, but black people are nearly four times more likely to be arrested for it.

Jay Z is right. It's long past time for America to rethink its approach to drugs.