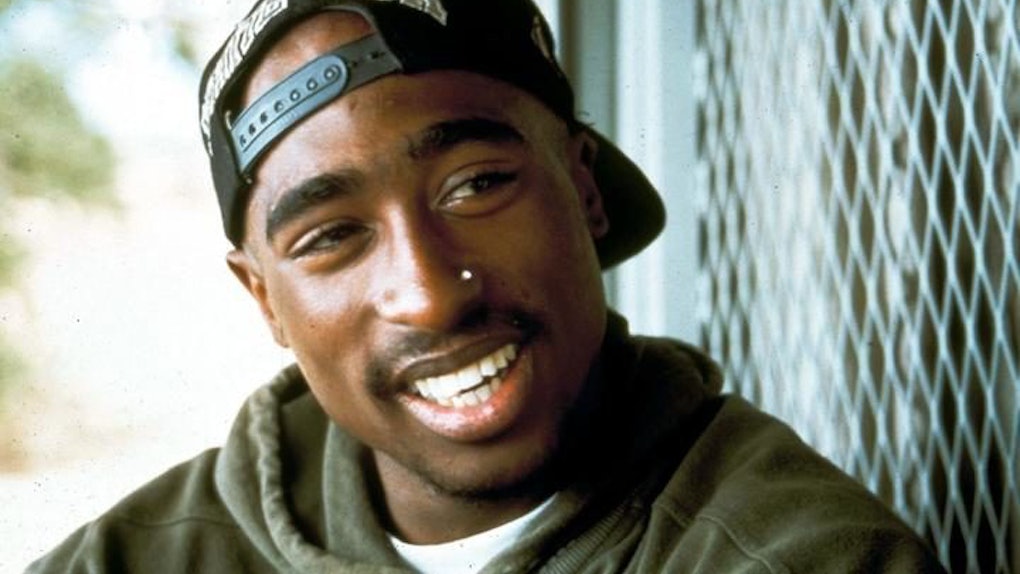 Tupac Shakur, widely regarded as the greatest rapper of all time, was killed 20 years ago today.

Shakur's music continues to have a massive impact on people around the world and has had an immense influence on many of the most talented artists today.

As Kendrick Lamar said last year in a powerful tribute to the legendary rapper,

I was 8 yrs old when I first saw you. I couldn't describe how I felt at that moment. So many emotions. Full of excitement. Full of joy and eagerness. 20 yrs later I understand exactly what that feeling was. INSPIRED.

Shakur's socially conscious raps spoke unfortunate truths about life for minorities in the US.

In spite of the difficult topics he rapped about, Shakur's lyrics were often inherently hopeful. He had faith we could build a better world.

One of Shakur's most powerful and recognizable songs, "Changes," encapsulated his brutally honest but optimistic worldview.

Two decades after his death, the lyrics of the song remain unsettlingly relevant, touching on themes we continue to contend with in the present day.

Cops give a damn about a negro. Pull the trigger, kill a nigga, he's a hero.

In one of the opening lines of the song, Tupac says,

Cops give a damn about a negro. Pull the trigger, kill a nigga, he's a hero.

He's clearly referencing the issue of police brutality, and the unfortunate fact US police are more likely to use lethal force against minorities.

In 2016, this line continues to be far too relevant.

So far this year, US police have killed 758 people, including 187 black people, according to The Counted. Black people have been killed by US police in 2016 at more than two times the rate of whites, in spite of making up just 13 percent of the population.

This is clearly still a problem.

I see no changes. All I see is racist faces.

In "Changes," Tupac directly addressed the blatant racism he saw in America.

It's not exactly a secret this country has a long history of racism and discrimination. However, a lot of people would like to believe we've moved past all of that and now live in a post-racial society.

Tupac clearly didn't agree with that perception. Sadly, the numbers continue to prove him right in 2016.

Hate crimes are still motivated by race more than any other factor. For example, in 2014, 47 percent of hate crimes were motivated by it, according to data from the FBI.

The second leading motivators, sexual orientation and religion, each accounted for approximately 19 percent of hate crimes -- nowhere near the percentage of motivated by race.

You also don't have to look much further than this country's criminal justice system, among other social and political issues, to realize the legacies of Jim Crow and slavery are still alive and well.

The penitentiary's packed, and it's filled with blacks.

One of the most disturbingly timeless lines of Tupac's "Changes" says,

The penitentiary's packed, and it's filled with blacks. But some things will never change.

He was all too correct.

With around 2.3 million people behind bars, the US has the highest incarceration rate in the world.

A disproportionate number of incarcerated individuals are minorities.

Today, black people are incarcerated at nearly six times the rate of whites and nearly one million of the 2.3 million locked up are black, according to the NAACP.

Indeed, America's criminal justice system is broken, and it's had an especially detrimental impact on minorities.

It's war on the streets and the war in the Middle East.

The US is a violent country, and Tupac didn't hold back on this topic. In "Changes," he said,

Can't a brother get a little peace... It's war on the streets and the war in the Middle East.

This line is painfully pertinent in the present day.

With over 3,000 people shot in Chicago so far this year and America's ongoing involvement in the devastating war in Syria, as well as its continued activities in Iraq and Afghanistan, we still have "war on the streets and the war in the Middle East."

It's worth noting violent crime has decreased drastically in the US since the 1980s, but we clearly still have room for improvement.

Instead of war on poverty they got a war on drugs so the police can bother me.

The War on Drugs, which largely began under President Richard Nixon, has been a massive and expensive failure.

It's also one of the driving factors of mass incarceration (21 percent of incarcerated individuals are there for drug offenses), and a large reason why we continue to see so many minorities arrested and imprisoned.

Tupac was well aware of this, which he highlighted in "Changes," when he said,

Instead of war on poverty they got a war on drugs so the police can bother me.

The stats back him up.

John Ehrlichman, who served as President Richard Nixon's chief domestic advisor when the administration launched the War on Drugs back in 1971, once admitted the drug war was fundamentally motivated by racism. When you take a look at whom it really impacts, it's evident he was telling the truth.

Certain things have definitely changed since Tupac left this world. In "Changes," he said, "We ain't ready to see a black President," but we've now had one for nearly eight years.

Still, if you take a listen to this song, it speaks to a number of problems we're still struggling with as a society.

We gotta make a change...Let's change the way we treat each other. You see the old way wasn't working so it's on us to do what we gotta do, to survive.

That message is as important now as it was nearly 20 years ago.