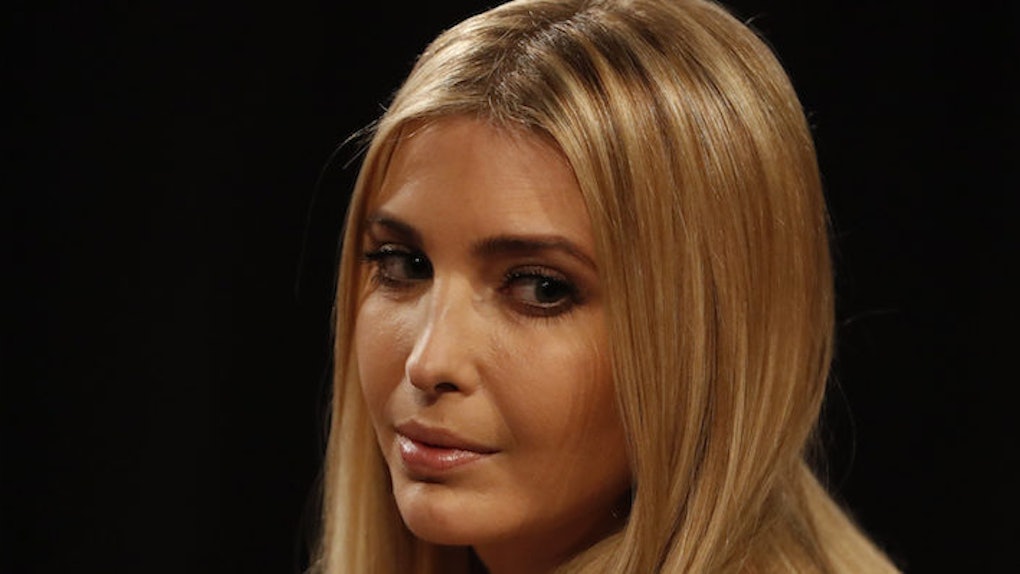 He appeared on "60 Minutes" looking visibly tired (which is a worry, considering the job's just started) along with his family.

It was a picture to behold.

Trump touched on many things we'll get to in a second, but one of the juicer parts of the interview was about his daughter, Ivanka Trump.

It has long been rumored she would be part of the administration if her father was successful in his campaign (which he was happily reminding people of every five minutes).

But the 35-year-old businesswoman told host Lesley Stahl this would not be the case.

Instead, she's going to focus on being a "daughter" and will use her voice to campaign about issues close to her heart. She said,

I'm going to be a daughter. But I've - I've said throughout the campaign that I am very passionate about certain issues. And that I want to fight for them. Wage equality, childcare. These are things that are very important for me. So you know there're a lot of things that I feel deeply, strongly about. But not in a formal administrative capacity.

As for the rest of the family? Well, it's unlikely they'll take up residency in the White House.

Donald Trump Jr and the crew will be looking after their father's business empire while he runs the country.

Trump took a no-nonsense approach to the interview, but was noticeably placid and a less animated character than the one we saw on the campaign trail.

He confirmed he would be building a wall (although some of it may just be a very big fence) and said he will kick off his time in office by looking to deport two to three million people from the country.

Trump was probed about his pledge to take down Hillary Clinton over her email scandal and fire an FBI top dog -- both of which were met with vague answers.

He brushed off talk about protestors, saying he hasn't seen much evidence of unrest in parts of America over his election.

And what about the presidential wage? Well, Trump claims he won't be taking it and doesn't even know how much it is (it's $400,00).