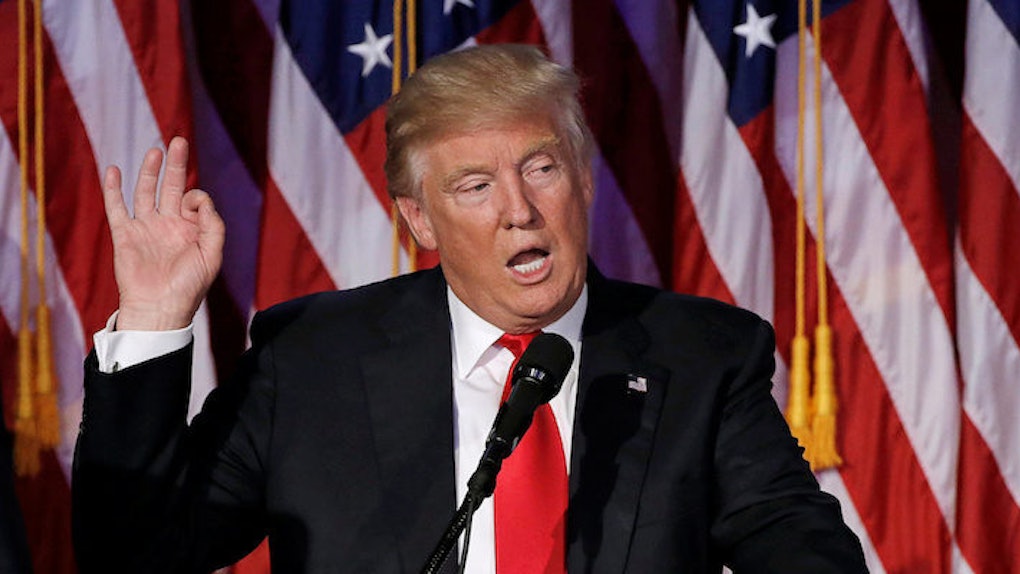 Donald Trump gave his first extensive interview since being elected president, and the preview looks like he's up to his old ways again.

The interview will air on "60 Minutes" on Sunday at 7 pm ET where Trump will talk about his plan to immediately deport 2 to 3 million people from the States.

And yes, the wall is happening, although part of it may just be a fence.

In a preview for the interview, Trump says,

Speaking about the remaining, undocumented immigrants in the States, he added,

Here's a reminder of Trump's 10-point plan, straight from his campaign website:

1. Begin working on an impenetrable physical wall on the southern border, on day one. Mexico will pay for the wall. 2. End catch-and-release. Under a Trump administration, anyone who illegally crosses the border will be detained until they are removed out of our country. 3. Move criminal aliens out day one, in joint operations with local, state, and federal law enforcement. We will terminate the Obama administration's deadly, non-enforcement policies that allow thousands of criminal aliens to freely roam our streets. 4. End sanctuary cities. 5. Immediately terminate President Obama's two illegal executive amnesties. All immigration laws will be enforced - we will triple the number of ICE agents. Anyone who enters the U.S. illegally is subject to deportation. That is what it means to have laws and to have a country.

6. Suspend the issuance of visas to any place where adequate screening cannot occur, until proven and effective vetting mechanisms can be put into place. 7. Ensure that other countries take their people back when we order them deported. 8. Ensure that a biometric entry-exit visa tracking system is fully implemented at all land, air, and sea ports. 9. Turn off the jobs and benefits magnet. Many immigrants come to the U.S. illegally in search of jobs, even though federal law prohibits the employment of illegal immigrants. 10. Reform legal immigration to serve the best interests of America and its workers, keeping immigration levels within historic norms.

Watch the "60 Minutes" clip below.