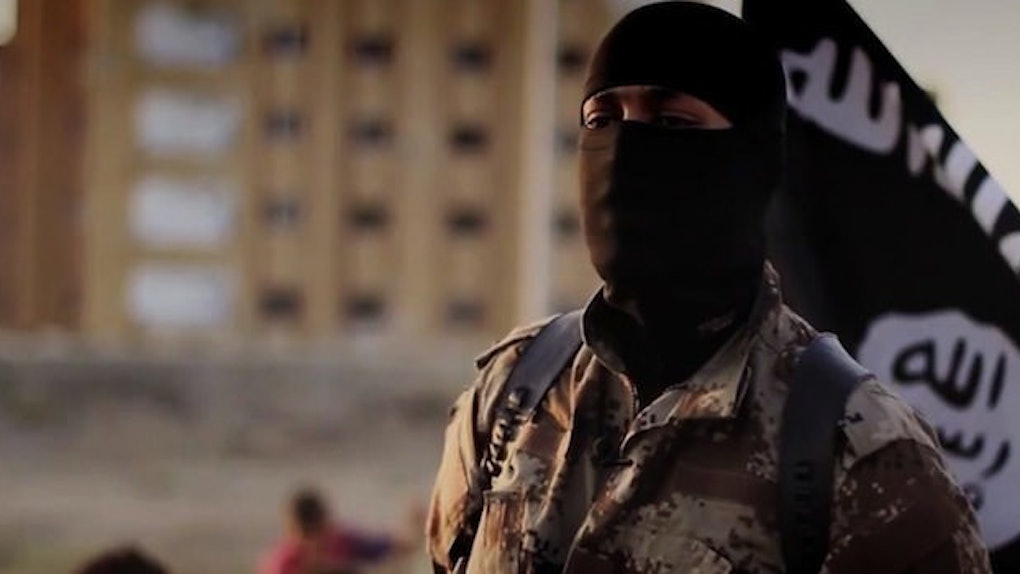 How ISIS Is Trying To Become The New Ottoman Empire

The Islamic State of Iraq and the Levant (ISIS) is one of the most formidable and unique terrorist organizations the world has ever seen.

At the moment, it controls a large portion of territory across Iraq and Syria and is estimated to have around 31,500 fighters. To put this into perspective, small countries like Hungary and Uruguay only have around 25,000 troops.

What's more, ISIS is extremely well armed and is the wealthiest terrorist group in history with a net worth of $2 billion. It makes around $3 million a day from oil revenue, human trafficking, theft and extortion.

Furthermore, ISIS employs brutal tactics to cement its position and spread its message. Unfortunately, we witnessed this quite recently with the beheading of a 26-year-old American from Indiana.

Thus, it comes as no surprise that ISIS has been characterized as more extreme and threatening than al-Qaeda.

Yet it's not only ISIS' size and wealth that make it unique, but also its motivations and goals. In many ways, ISIS resembles a country more than a terrorist organization, which isn't unintentional.

ISIS wants to establish an empire.

Over the summer, ISIS announced it had established a caliphate and shortened its name to the Islamic State. A caliphate is a political-religious entity, or Islamic state. It's led by a caliph, a political and religious leader who is a successor to the prophet Muhammad.

Hence, ISIS also declared its leader, Abu Bakr al-Baghdadi, as Caliph of all Muslims. This is akin to saying that he has authority over and speaks for the 1.6 billion Muslims across the world.

Caliphate might be an unfamiliar word to most Westerners, but it is a powerful term in the world of Islam.

The original caliphate existed from the time of Muhammad's death, in 632 AD, to the onset of a civil war in 661 that led to the everlasting divide between Sunni and Shia Islam.

Through one of the most successful and rapid military conquests in history, the first caliphate spread Islam and the Arabic language throughout the Middle East, parts of Central Asia and even southern Spain.

There would be a number of other caliphates over the course of history, even larger and more successful than the first.

Hence, as Graeme Wood puts it for the New Republic:

The entire self-image and propaganda narrative of the Islamic State [ISIS] is based on emulating the early leaders of Islam. Within the lifetimes of these caliphs, the realm of Islam spread like spilled ink to the farthest corners of modern-day Iran and coastal Libya, despite small and humble origins.

Simply put, ISIS has ambitions of reestablishing the glory of former Islamic empires and spreading its influence across the globe.

Yet, the caliphate it imagines is based on a distorted view of Islam that is not conducive to the modern era or the beliefs and practices of a majority of modern-day Muslims.

This is precisely why it utilizes abhorrent tactics, such as beheadings and crucifixions.

The collapse of the Ottoman Empire still matters to terrorists today.

Other Islamic terrorist organizations, like al Qaeda, also desire to establish caliphates. What makes ISIS different is the fact that it actually controls a significant portion of territory and is therefore more justified in making such a proclamation.

Accordingly, it's no surprise that ISIS has angered other terrorist groups, including al-Qaeda. Al-Qaeda's affiliate in Yemen even recently declared ISIS' caliphate as illegitimate.

It's important to note that all of this is tied to the cessation of World War I and the collapse of the Ottoman Empire, which still matters today.

When the Ottoman Empire collapsed, much of the territory it controlled in the Middle East was partitioned by Western powers like Great Britain and France via the controversial Sykes-Picot agreement.

The new borders that they established did not accurately reflect the complex ethnic, religious and cultural makeup of the region. In essence, instead of thinking about the well-being of the local people, Western powers carved up the region in a way that would lead to their own benefit.

One might argue that Western exploitation of the region led directly to the rise of terrorist organizations, such as al-Qaeda. For example, there is evidence that Osama bin Laden referenced the Sykes-Picot agreement in statements surrounding his anger towards the West and the United States.

Furthermore, during its advance across Iraq, ISIS bulldozed a wall along the Iraq-Syria border. This was apparently a symbolic gesture in a sense that it was demolishing the artificial border created by Western powers with Sykes-Picot.

Likewise, as Ishaan Tharoor highlights for the Washington Post:

What followed after World War I is the source of justified grievance in the Arab world. ... This is a narrative that ISIS is probably all too happy to embrace and propagate, casting itself as an avenger of history and the next heir to the caliphate after the Ottoman Empire.

Yet, even if ISIS sees itself as the next Ottoman Empire, or the next caliphate, its tactics and practices do not coincide with that of its predecessor.

The Ottomans were far from perfect, but more often than not, they at least exhibited tolerance to the ethnically and religiously diverse peoples living within their vast empire.

ISIS, on the other hand, has adopted a medieval and intolerant view of the world, killing anyone who does not convert to Islam or submit to its will. In essence, ISIS has warped history in order to embellish its power, position and prestige.

ISIS now has a network of military affiliates in 11 countries.

As delusional as it may sound, ISIS also plans on taking over portions of Africa, Asia and Europe over the next five years, illustrated in the map below:

It's important to keep all of this in perspective. At the moment, ISIS is not capable of accomplishing these goals, but this does not mean it should not be taken seriously.

They [ISIS] have no chance of accomplishing any of these things in the foreseeable future. ISIS isn't even strong enough to topple the Iraqi or Syrian governments at present. But... they're incredibly ambitious, they think ahead, and they're quite serious about their expansionist Islamist ideology.

Moreover, despite its radical views and barbaric tactics, ISIS has exhibited significant appeal to jihadis across the globe.

Everything ISIS does is calculated; it is very skilled in the art of propaganda.

This is different than saying it has control there, as it does in parts of Iraq and Syria, but it's still cause for concern. Katie Zavadski explains it quite succinctly for the Daily Intelligencer, "Think of them as ISIS's self-appointed foreign bases."

In other words, ISIS is not going anywhere anytime soon. It is an determined, resourceful and ultra-violent organization. By understanding its motivations and the history behind it, however, the United States and its allies will be in a better position to defeat these extremists.

Citations: ISIS An Islamist Group Too Extreme Even For Al Qaida (NPR), ISIS Now Has a Network of Military Affiliates in 11 Countries Around the World (The Daily Intelligencer), 9 questions about the ISIS Caliphate you were too embarrassed to ask (Vox), What Is an Islamic Caliphate and Why Did ISIS Make One (The Wire), The new Islamic caliphate and its war against history (The Washington Post), From Lawrence Of Arabia To ISIS History Repeating Itself As Tragedy And Farce (Forbes), What ISISs Leader Really Wants (New Republic), The Isis demand for a caliphate is about power not religion (The Guardian), The ISIS Caliphates Frightening First Month (The Daily Beast), ISIS wants to establish a caliphate (Vox), The real ideology driving ISIS isnt Islam or caliphate revivalism its ultraviolence (Vox), What is a caliphate (The Guardian), ISIS Fast Facts (CNN), Al Qaeda in Yemen rebukes ISIS (CNN), Whats Osama Talking About (Slate), The Sykes Picot Agreement 1916 (Yale Law School)