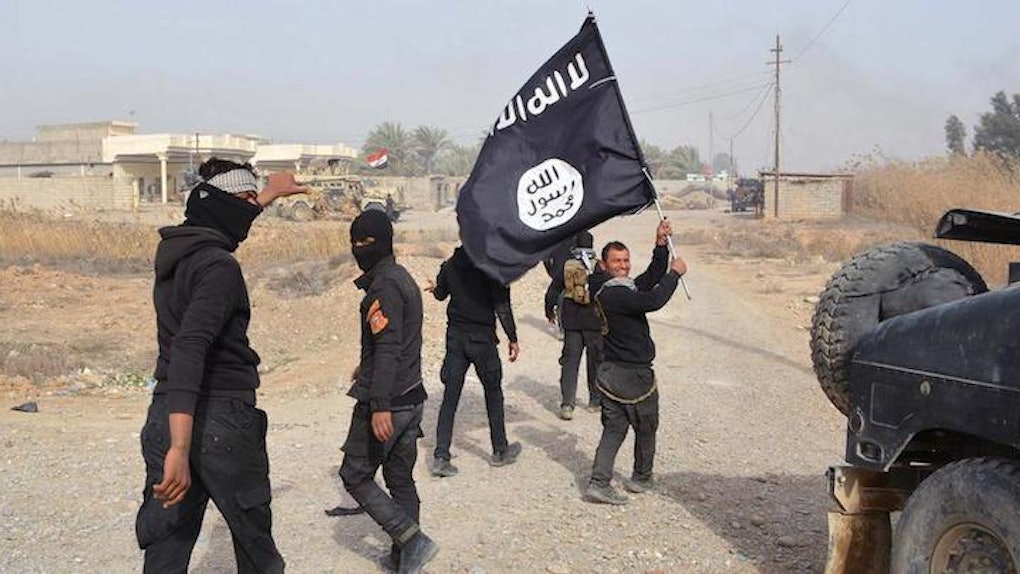 The Islamic State of Iraq and the Levant (ISIS), is a radical militant group that employs tactics that are so brutal and extreme that al-Qaeda publicly disavowed it earlier this year.

This was the first time ever that al-Qaeda formally repudiated an affiliate. Needless to say, ISIS is insane.

ISIS has taken over a large territory across Syria and parts of Iraq, but also has global territorial ambitions.

At this point, ISIS has even drawn the US military back into Iraq for the first time since December 2011. The group is a whole new kind of crazy.

Listed here are some of the group's more absurd beliefs:

1. It has established a Caliphate based on a fantasy and wishes to establish its own version of utopia.

A caliphate is essentially a unified Islamic civilization. Caliphates have existed in many forms throughout history, including, most recently, the Ottoman Empire.

The caliphate that ISIS wishes to establish, however, is based on a distorted view of a past Islamic civilization. The group is modeling its empire off one that never truly existed.

It wants to establish a global Islamic state based on its beliefs, and will kill anyone that stands in the way.

The group does not stand for Islam, however, as the Quran specifically prohibits the killing of innocent civilians. It has bastardized a religion followed by over 1 billion people.

The vast majority of these followers are peaceful individuals who do not believe in extremism or violence.

2. The leader of ISIS believes that he is fighting on behalf of all Muslims.

Islam is followed by over 1 billion people; however, the leader of ISIS, Abu Bakr al-Baghdadi, has the audacity to believe that he fights on behalf of all of them.

He does not include Shiites in this, despite the fact that there are nearly 200 million Shia Muslims worldwide. He also says that he is the representative of God on earth. ISIS does not speak for Islam.

Sunni-Shia Populations in the Middle East:

3. ISIS wants to exterminate the Yazidi people, and believes that they are "devil worshippers."

The Yazidi people are an ethno-religious minority located primarily in Northern Iraq. Their religion combines elements of both Zoroastrianism and Islam, which has led ISIS to label them as "devil-worshippers."

ISIS plans to wipe them off the face of the earth, which is a large part of the reason President Obama recently authorized airstrikes in Iraq.

Yazidi refugees (below). You be the judge, do they look like devil-worshippers?

ISIS has already begun executing both Yazidis and Christians, even after they have been forced at gunpoint to convert to their own hellish version of Islam. In one instance, they forced a Christian man to convert at gunpoint, and then beheaded him.

5. ISIS condones using fear and brutality as tactics for its supremacy.

ISIS has engaged in beheadings, floggings and crucifixions, among other brutal tactics. Moreover, its adherents have deliberately videotaped many of these heinous acts.

As a result, the group has been extremely effective in instilling fear in the hearts of others. This is a large part of the reason that many Iraqi soldiers have fled their posts and refused to fight ISIS. Fear has become an extremely potent weapon for ISIS.

6. ISIS believes that by killing those who do not serve its cause, it's making the world a better place.

Literally, the group feels that by executing those who do not convert, it is cleansing the world. The adherents are not fighting to protect themselves, or against any particularly state or government, they are simply fighting to establish their own insane version of reality.

7. It believes in burying women and children alive in the name of its cause.

Along with killing 500 Yazidis, reports claim that ISIS buried women and children alive.

8. It believes that slavery is okay.

According to reports, ISIS has enslaved hundreds of Yazidi women.

9. ISIS believes that it will take over parts of Africa, Asia and Europe over the next five years.

Indeed, ISIS has a five-year plan to take over parts of Africa, Asia and Europe, which is illustrated in the map above.

This plan should not be taken lightly, as ISIS is extremely disciplined militarily and is well-financed. Many believe that ISIS now poses a greater threat to the West than al-Qaeda.

10. ISIS believes that violence is the path to paradise.

ISIS is so blinded by its own delusional ambitions that it does not care if it drags the rest of the globe into chaos in the process. It is perhaps the most radical group the world has ever seen. Accordingly, ISIS must be taken seriously and responded to swiftly.