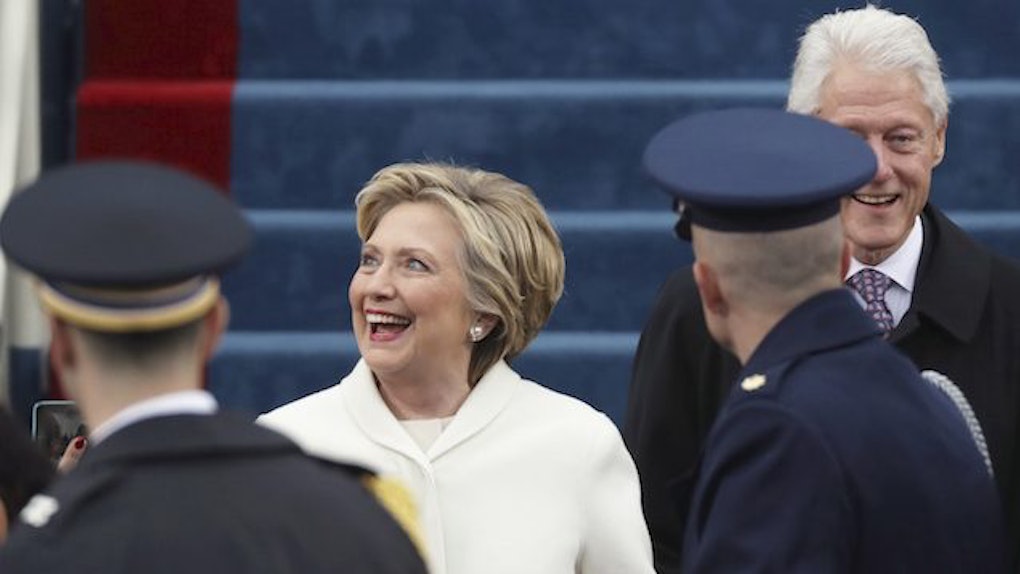 Hillary Clinton went to the inauguration of Donald Trump on Friday in Washington, D.C.

She went despite a ridiculously tense and contentious presidential election between the two of them.

Clinton appeared at the inauguration on Capitol Hill wearing an all-white pantsuit.

She has worn all white several times in the past year. This is typically seen as a nod to the suffragette movement to secure votes for women. Suffragists regularly wore all-white to show their support for the cause.

Clinton had decided to go to the inauguration earlier this month  because she is a former first lady. Many people questioned why she was choosing to do this and criticized her for seemingly endorsing the hateful rhetoric of Trump.

So Clinton took a bit of time on Friday to explain why she chose to attend the inauguration of a man whose hate she tried to trump.

In her tweet, Clinton said she was at the inauguration to "honor our democracy & its enduring values."

I will never stop believing in our country & its future.

This is a message Clinton and the Obamas have been spreading since Trump unexpectedly won the election in November.

They have said again and again they are in support of a peaceful transition of power.

Obama reiterated this in his final public addresses as president.

In his final tweets as president, Obama said he will "be right there with you as a citizen, inspired by your voices of truth and justice, good humor and love."

Just as a reminder, Clinton won the popular vote by almost 3 million votes.