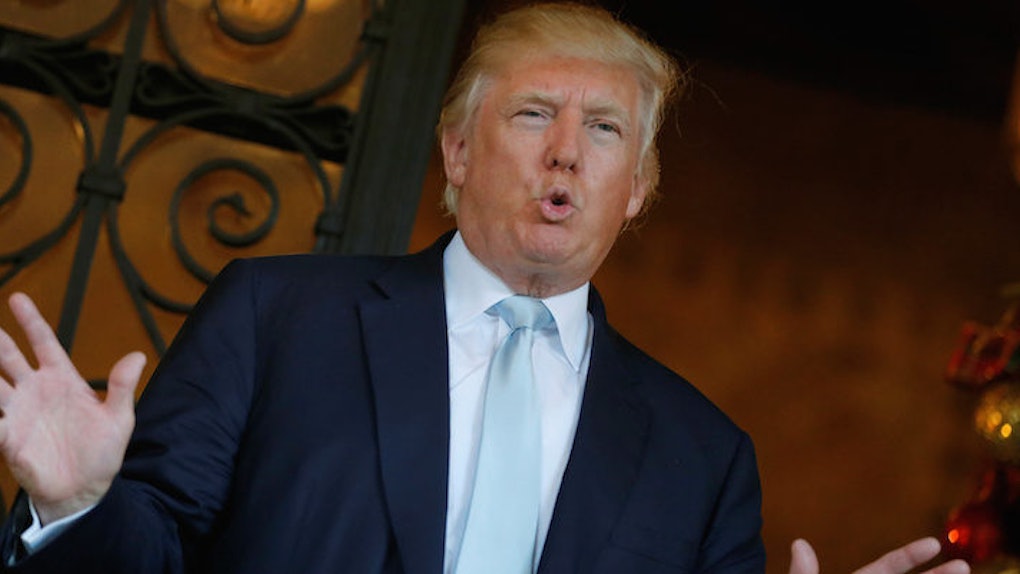 Donald Trump wants to write his own inaugural address, according to presidential historian Douglas Brinkley.

Brinkley met with Trump on Wednesday, when Trump told him he plans to write a "short" speech, CNN reports.

When he says "short," you can't help but wonder whether his speech will simply be a series of 140-character lines, given tweeting seems to be his favorite form of communication.

A person who spoke with Trump about this told The Washington Post,

[Trump] is enamored with Reagan's confident style and how he connected with the country. He went on and on about Reagan and how much he admires him. But it wasn't all about Reagan. He spoke about Kennedy and how he was able to get the country motivated, to go to the moon. He's thinking about both men as he starts to write the speech, which is something he's now taking the lead on.

This person added Trump's attraction to Kennedy is partially inspired by the fact that "Kennedy's 100th birthday will come only a few months after his inauguration next year."

It will certainly be interesting to see what Trump comes up with for this speech.

While he claimed in the past to have the "best words," Trump has frequently disproved this via his "unpresidented" tweets.

Historically, inaugural addresses are important opportunities for incoming presidents to set the tone for their time in office.

Trump's speech at the Republican National Convention in Cleveland was decidedly pessimistic. It also happened to be full of lies about the state of the country, which President Obama promptly called him out on.

According to Politico, Trump's inaugural speech is poised to be very nationalistic.

In that case, Trump might simply consider playing the theme song from "Team America: World Police," given that essentially no major musical artists want to perform at his inauguration.