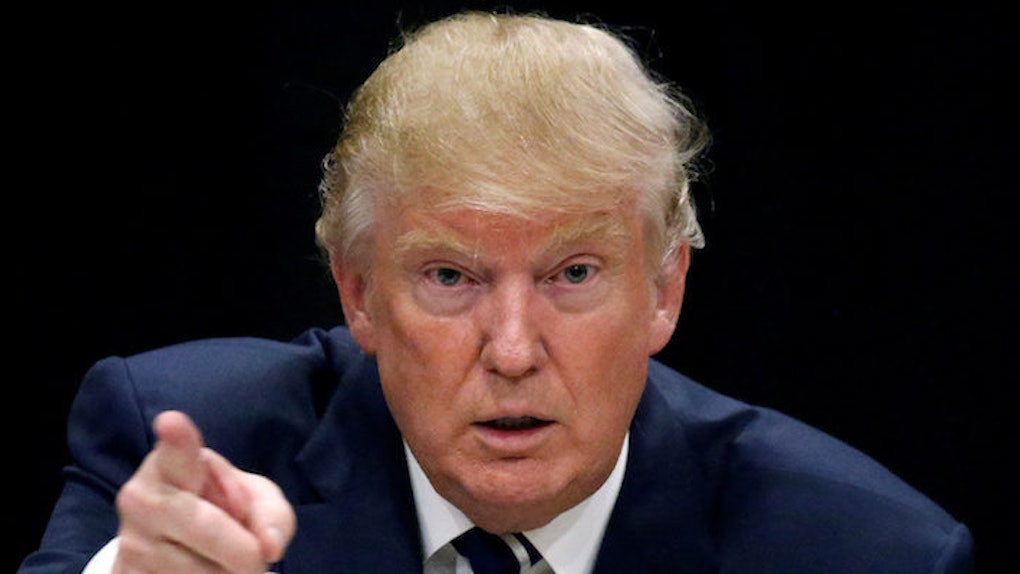 Donald Trump Is A Gemini And It Shows

Our nation is crushed. The world is repenting, people are protesting "Not my President" and reacting to this shocking news with concerning emotion. Many others live in fear for what's to come of their country, for their world and for their children.

So many had hoped for a female president, but it appeared it was not the time. Described as "the lesser of two evils," Hillary Clinton didn't preach unforgettable conviction to become the first female president.

She was not so powerful and strong that she was able to bridge this nation, which appeared to be quite divided. We would like to have the faith of knowing that our first female president would take the vote by a landslide.

Clinton simply campaigned differently than Trump; she executed herself in a totally different fashion. As a Scorpio, she didn't falsely charm her way into anyone's heart. Scorpio is real, intelligent and sincere, while Gemini is inpatient, fake, emotionally-detached and insincere.

Gemini knows how to host the best parties. They know how to make others have a good time. They have the ability to make you falsely feel good. That "Mean Girls" moment of complimenting someone to their face and directly whispering something foul about them later does exist, and it exists here.

Gemini are people persons. They can be very hospitable and will go out of their way to make you feel home. Gemini knows how to play the game, and in many senses is capable of being the ultimate player.

This mens they can play more than one thing at a time (a lot of different people at the same time). They secretly get off on drama and gossip, and tend to create it naturally, so except a lot of that and take it with a grain of salt.

Remember, Gemini doesn't really care about that many people on a deep level. They love their close friends and family, but they have a tendency to have relationships that lack true intimacy or depth. They have their loyalties, but they don't take the time for just anyone.

While astrology and politics might not fall in the same binary, there are some important things to note about Donald Trump, will will speak to his Gemini birthday.

We've discussed how the Gemini can be good, but we have not touched on why they can be very toxic.

1. He's a Liar Who Believe His Own Lies.

Gemini is known for stretching the truth. Gemini likes to exaggerate, and they are without a doubt the best liars in the zodiac. They will do anything to talk their way out of trouble, and often too.

Gemini believes their own lies, and sticks to the stories they tell. They like to make things sounds bigger than they are. They are known for talking trash, and being very insincere in social settings.

It wouldn't be weird if a Gemini started a rumor about you or did something shady like date your sister, when he's your best friend and knows it is forbidden.

He literally will go back on one thing to say another. It makes it very hard to know what side the Gemini falls because they really do have two opinions of you.

They might be able to see both sides of the coin, but if you rub them the wrong way, it's not likely they are going to forget it. It is very likely that Gems like Trump (not all) have something negative or cheeky to say about practically anyone who has crossed them.

3. His Talk Is Cheap

Gemini is the ruler of communications, so they often possess the gift of the gab. However, keep in mind that though Gemini are blessed with communication skills, this doesn't necessarily mean they always have something to say.

This is one of the reasons so many people think Trump speaks impulsively, and rightfully so.

4. He Wants The Credibility

Donald Trump literally ran for president so he could say he is the president of the United States. Like I said, he's a talker. The bad Gemini is not to be trusted. He wants the fame, and the people and the popularity; he doesn't want social and global change.

He just wants to know he can do it. Win, that is -- not be president.

As a Gemini, Donald Trump cares a great deal about how things look, and he likes the spectacle of being president. He knows to use his family and daughter to his political gain.

Trump wants the fame and publicity; he wants to be able to make speechless in front of roaring fans, but does he really want to help Americans?

Keep in mind that Gemini knows how to climb the social ladder. They know how to gain popularity. They will eat up both the positive and negative attention that you throw them.

Gemini is happy to take the lead because they are visionaries who see things and want to see things through. It's just unfortunate that Gems don't have the best track record for being honest, and that there truly are some shady Gems out there.

It seems after the election that Donald Trump is one of them.