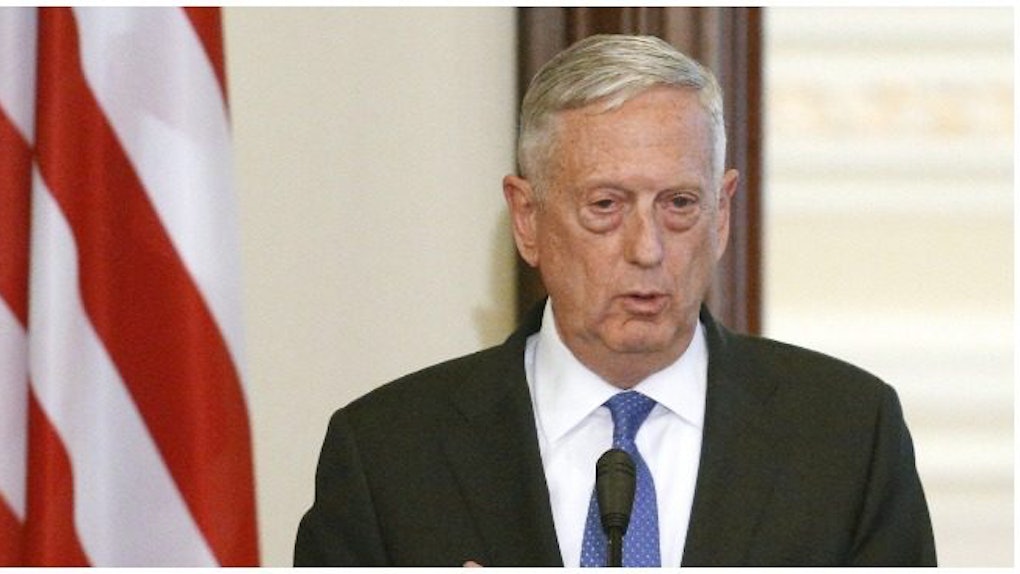 Secretary of Defense Jim Mattis released a statement on Tuesday, Aug. 29, partially reversing the ban on transgender individuals serving in the military. The statement says that pending an impact study, the trans military ban is frozen for current service members. We may get whiplash from watching the back-and-forth between the White House and the Pentagon, but this is, for now, good news.

[W]e will develop a study and implementation plan, which will contain the steps that will promote military readiness, lethality, and unit cohesion, with due regard for budgetary constraints and consistent with applicable law. [...] The implementation plan will address accessions of transgender individuals and transgender individuals currently serving in the United States military.

Depending on the outcome of the study, this could spell good news for both current and potential service members.

After President Donald Trump's initial announcement of the ban on Twitter on July 26, the Pentagon initially said they would not implement any such ban without explicit orders from the White House. After weeks of silence, the White House released its official directive on Friday, Aug. 25.

The directive would have banned prospective service members, effectively immediately, and it gave Mattis six months to implement the ban on current service members. This study buys the Pentagon more time before they have to implement anything for current members.

Judging from the statement, the trans military ban is still in effect for individuals who were thinking about joining the military. That said, current service members are allowed to continue serving. Per the statement:

In the interim, current policy with respect to currently serving members will remain in place. I expect to issue interim guidance to the force concerning the president's direction, including any necessary interim adjustments to procedures, to ensure the continued combat readiness of the force until our final policy on this subject is issued.

So, while it is still incredibly disappointing that this directive was issued in the first place, a temporary stay on a policy that could seriously harm people working for the largest employer of trans people in the U.S. is good news.

Trump will surely take time out of his busy schedule of bragging about crowd size in hurricane-stricken Texas to tweet his distaste for this announcement, but, hey, who cares?