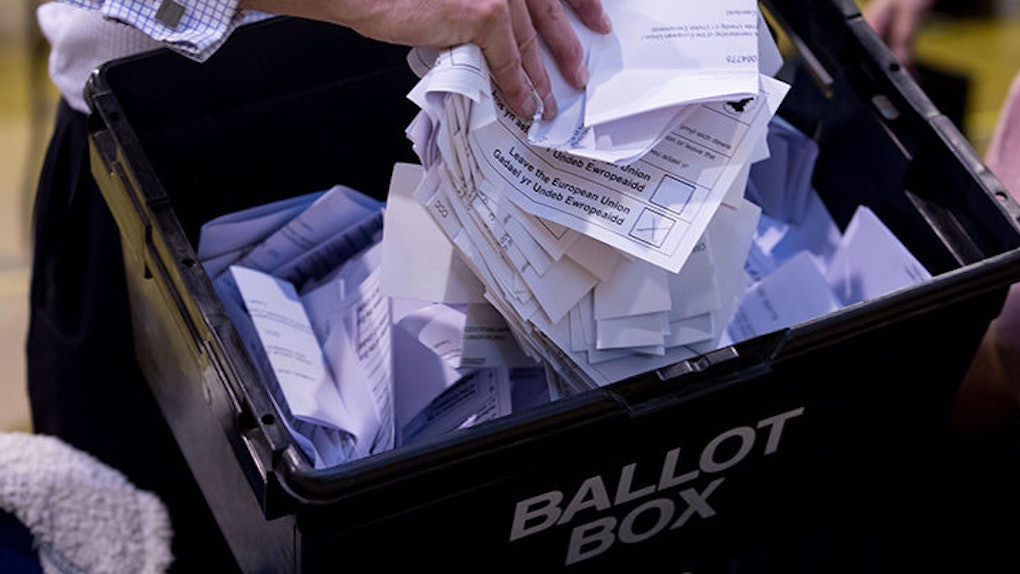 Out in San Diego County an honest-to-God, I-kid-you-not, deceased man was elected to serve the public.

The name? Gary Ernst. The position? Treasurer for Oceanside, California. The margin of victor? Six percent.

Ernst died this past September at the age of 61. But because the deadline for ballots to be printed had already passed, his name stayed on those ballots, the San Diego Union-Tribune reports.

Despite literally being unable to perform in office, Ernst still won over 17,000 votes, which was enough to land him a posthumous victory.

But because this dead man won't be walking any time soon, there's two obvious questions to ask.

Well, according to NBC 7, the network's local affiliate in San Diego, the city council will now have to appoint a treasurer in the next 60 days to assume Ernst's role.

Okay, cool. Next question: Um, how terrible/disliked/unknown of a candidate must you be to lose to someone who's literally dead?

The challenger, Nadine Scott, told NBC 7 that voters weren't informed Ernst was dead and some officials still campaigned for Ernst to get elected, even though he was deceased, just so she wouldn't get into office.

She even filed a complaint to the Fair Political Practices Commission, with her gripe being that city was actively trying to get Ernst elected. The complaint was unsuccessful, but now it looks like she had a legitimate case.

Oceanside councilman Jerry Kern had worked to reelect" Ernst, according to the San Diego Union-Tribune. Kern even said he sent "hundreds" of emails to try to promote Ernst's name on the ballot.

In the end, Kern was successful. A dead man was hired for a job.