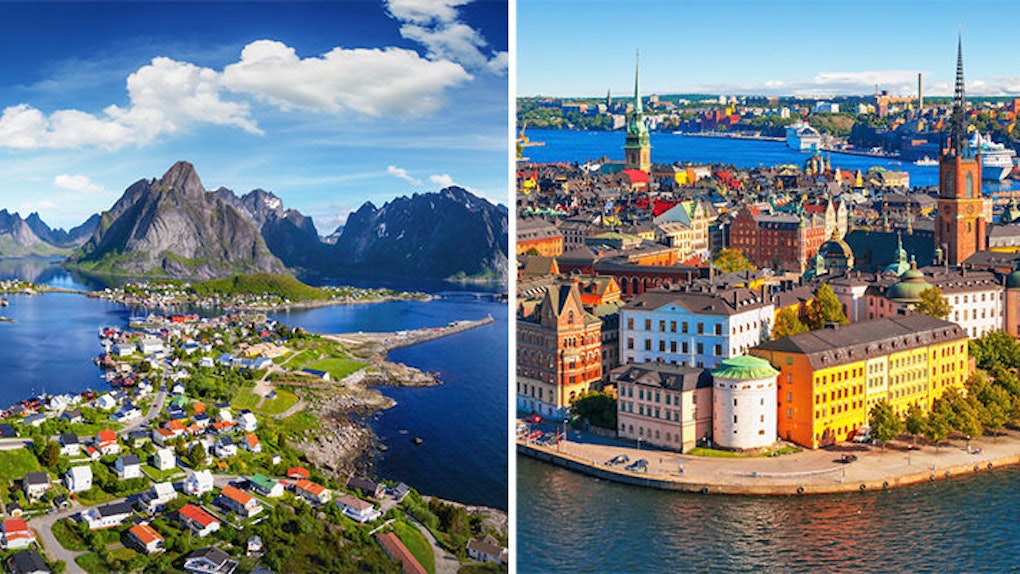 There is no way of preventing it.

But, depending on the outcome, there is the option to just run away.

Oh, by the way, this article will be written by an anti-Trump person.

Now, it kind of infuriates me when I hear a straight white dude saying he's going to "move to Canada" if Trump wins, considering his life, like mine, will likely change very little regardless of what happens.

Abandoning everyone else who is actually in danger during a Trump presidency so he can just eat maple syrup and talk about Drake is irresponsible.

BUT, if you're anyone else, and you're not interested in living in a country with Trump as its leader, I've got some immigration options for you.

I did some research into six of the easiest and most appealing countries for American expats to emigrate to, other than the oft-mentioned Canada.

So if you have the means to get out, here are some good options.

In fact, the first and most viable of these countries actually has the largest number of Americans living in it in the world — more than double Canada, yet people rarely mention it.

Yes, more American expats live in Mexico than anywhere else. Basically, the numbers are in, and Mexico is America's favorite country.

Despite the fact certain political candidates would suggest that a horde of Mexican immigrants flooding our borders is a one-way relationship, we actually move to Mexico more often than anywhere else on the globe.

What makes Mexico especially appealing for Americans seeking to flea their homeland is that they have a very open immigration policy.

You can get a visa that lasts six months — even without a job — for only $21, as Business Insider reports.

Also there is Mexican food in Mexico. Among, you know, other Mexican things.

Norway, apart from being one of the safest nations on the planet, "consistently tops lists of equality, happiness and standard of living," according to Immigroup.com.

You get free health care, public universities and other public amenities like day care. But, of course, the taxes are pretty high.

So if you want to put your democratic socialism where your mouth is, move to Norway and go nuts.

First and foremost, New Zealand is home to both "The Lord of the Rings" AND "Flight of the Concords," making it, we can all agree, the most important cultural influencer on the planet.

Also it's great if you REALLY don't want to be murdered. Its murder rate is .9 per 100,000 inhabitants, which is one of the lowest in the world.

Healthcare is free for citizens and visa holders and, as Mashable reports, New Zealand cities are cheaper than nearly all American cities, despite having the same standard of living.

It's not exactly an enormously cosmopolitan place, but if you're searching for peace or trying to drop the original Horcrux into a volcano pit, it's a good choice.

They even have a website specifically designed to make it easier to relocate there.

Considering this election is pretty much a war of the genders (if only women voted, Hillary would win in a landslide, and if only men voted, it would be all Trump, all the time), it's a good idea to move to a country that was named the "most advanced country" for women by the World Economic Forum, according to Marie Claire.

Yes the taxes are high, but please refer to the pros above.

Singapore is famous for its liberal immigration laws, extremely low unemployment and the fact that literally half its total population consists of immigrants.

English is spoken widely in the county and the murder rate is practically zero.

It has low taxes, but less public amenities as the other places on this list. And it has a high cost of living.

It's a genuinely diverse and multicultural place.

That said, it of course has its problems.

Its famous ban against chewing gum is indicative of its strictness when it comes to public behavior and a general obsession with cleanliness and public order.

In fact, every country is a hot mess in its own way, but you can do worse than this one.

As Immigroup points out, many European countries have become unwelcoming to immigrants in recent years because of economic hardships and xenophobic fevers — culminating in Brexit.

Germany has avoided that trend. Its economy has remained strong and it takes in immigrants and refugees consistently.

Other pros: an extremely low murder rate, free state universities and you can drink on the street.

According to the United Nations, it ranked as the third most popular country to immigrate to in 2013.

Germans, like the people from all the countries on this list, are excellent English speakers, which would make the transition smoother.

Berlin is basically Disneyland for "having a good time."

As for me, if Trump wins, I'm staying right here and doing whatever I can to not let him make "The Purge" into a documentary.