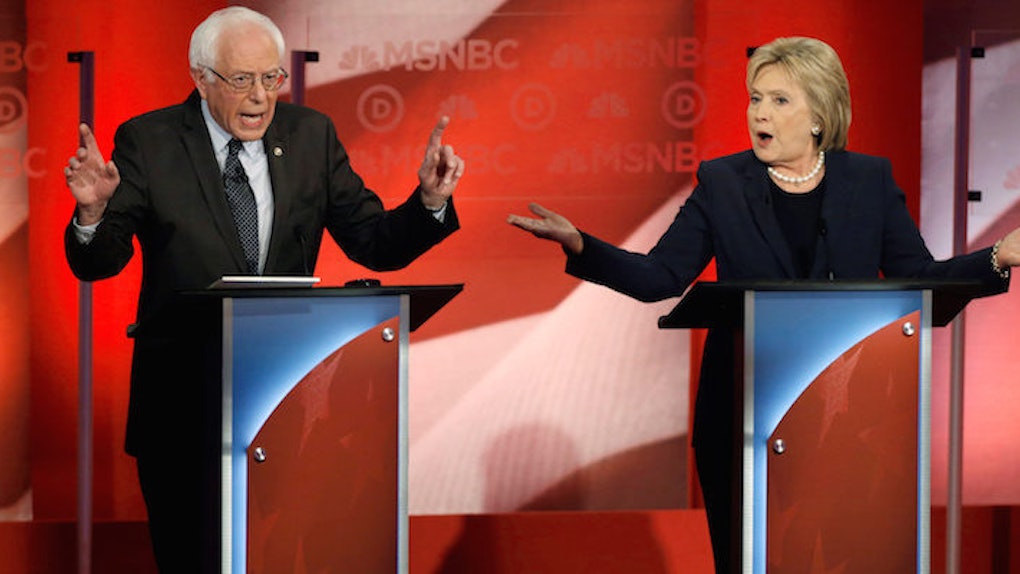 In the wake of the election, many people have argued Senator Bernie Sanders would've defeated Donald Trump.

Question: Was Bernie Sanders a better candidate than Hillary Clinton?

From the beginning, I viewed Senator Bernie Sanders as a better candidate than Hillary Clinton.

Clinton obviously had experience, but I also knew she was extremely unpopular among a wide array of Americans — not just Republicans.

The former secretary of state, however qualified, epitomizes the political establishment to a lot of people during a time when Americans express historic levels of dissatisfaction with government.

From a personal standpoint, I also agreed with Sanders more ideologically.

He took a strong stance against campaign finance reform long before Clinton.

He's against the death penalty. She's not.

He's for free college (I know it's not free) and universal healthcare. Clinton had solid plans but wasn't willing to go quite that far.

While Clinton continues to support fracking, Sanders has one of the best records on climate change in Congress.

Sanders also supports the legalization of marijuana at the federal level, given his disdain for the war on drugs. Clinton does not.

So, I saw him as someone that would appeal to more Americans (in many ways, he did), and someone who I agreed with ideologically.

No. If he were, he would have won the primary instead of losing by more than 3 million votes.

Question: Would Bernie Sanders have inspired more Millennials to vote in the general election?

Bernie Sanders got an overwhelming level of support from Millennials during the primary season.

I would argue we would've seen historic levels of voter turnout among young people if he'd been the candidate.

He excited young folks about politics in a way that has not really been seen in recent years.

Bernie earned more of the Millennial vote in the primaries than Trump and Clinton combined.

There are 69 million eligible Millennial voters. They comprise the largest share of the electorate next to Baby Boomers. How they vote matters.

Young people did vote overwhelmingly for Clinton in the general election, but not enough turned out to sway the ultimate result.

If Bernie had been the Democratic candidate, you might argue more young people would've voted.

This could've changed the result of the election, but there are still a lot of other things you have to factor in.

It's possible. But Millennial voters overwhelmingly voted for Clinton — 55 percent to Trump's 37 percent.

Where this also could have come into play was making Millennials not vote third party, which helped swing the election to Trump.

Then again, Bernie actually was on the campaign trail all summer and fall urging Millennials to vote for Clinton and to not vote third party, but they still did, so who knows.

I'm not a fan of "what if" scenarios or arguments.

As I've already noted, I thought he was a strong candidate, but this is also just my opinion ,and it's hard to say what could've happened if he'd been the Democratic nominee.

Trump defied the odds over and over, discrediting polling data in an unprecedented way (sorry, Nate Silvers).

There's also the fact Sanders is Jewish. We've never had a Jewish president, and antisemitism is, unfortunately, still a problem in the US.

Not to mention, Sanders is a democratic socialist, and "socialism" is still a dirty word for a lot of Americans.

I would argue there's a higher probability Sanders would've beaten Trump, given his overall popularity (especially with young people), but I don't think it's far to say he definitely would've won.

Bernie defied the odds by winning in places like Michigan during the primaries, but Donald Trump defeated over a dozen Republican opponents and Hillary Clinton — one of the most prominent American politicians of the modern era.

He was a more formidable candidate than many people realized, and America is clearly more racist, sexist and generally angry than many wanted to admit.

No. Trump won with a base of sexism, racism, xenophobia, anti-Semitism and fear. A Jewish socialist with unrealistic policy plans would not have changed that.

Question: Would Bernie have had an advantage solely because he's a man?

Yes, being a man in US politics, especially a white man, is a huge advantage.

It's not a coincidence every president other than Obama was a white man.

We live in a very sexist country. While that's not the only reason Clinton ultimately lost, there's no question it played a role.

Obviously, he would not have faced the massive barrier of sexism that Clinton did.

But Trump could have launched many of the same attacks he made against Clinton against Sanders.

First, Sanders would have faced the rampant anti-Semitism obvious in Trump's campaign as well as fear-mongering over his socialist views.

Second, it's likely Trump would have launched a health campaign against Sanders as he did against Clinton as well, given Sanders' age.

Third, Trump would also have pointed out that Sanders is an establishment politician, despite his claims that he's not, and that he's been in the government for so long and did not already fix the things he wants to fix.