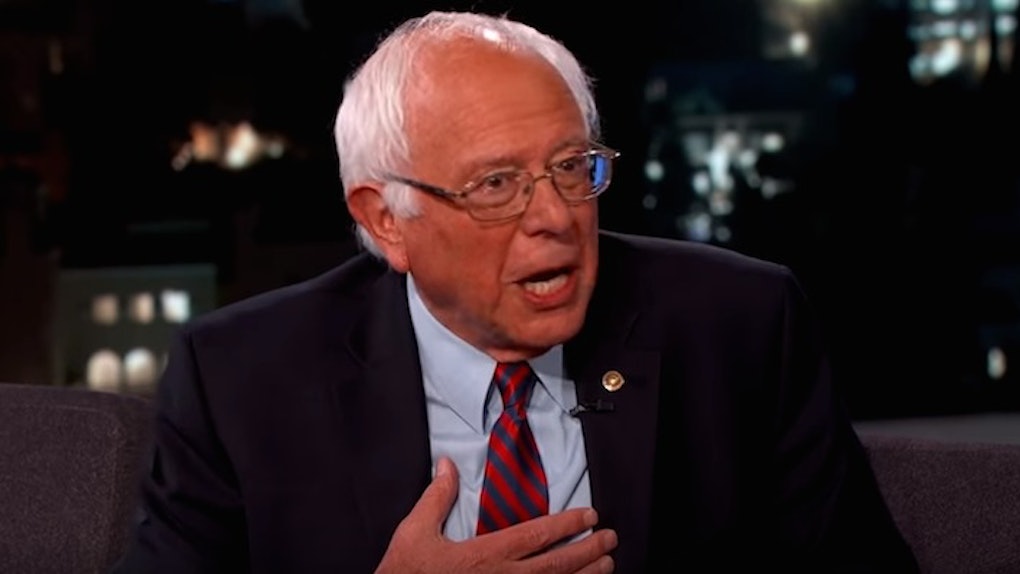 Bernie Sanders Reveals Whether He Would Consider Running As An Independent

Bernie Sanders was on "Jimmy Kimmel Live!" on Thursday night chatting about running for president and other fun hobbies.

Kimmel read him a question apparently posed by Donald Trump, who had been on the show the night before. The question was,

Bernie, you have been treated very unfairly. Both primary systems are rigged, but in particular, the Democrats' ridiculous system of superdelegates. Will you run as an Independent when Deborah Wasserman Schultz and the party bosses steal this nomination away from you?

Sanders acknowledged there was some "self-service for Trump" in asking that question. Should Sanders run as an Independent, it's likely it would split the votes in the general election, giving Trump a better chance of winning.

What I hope will happen is that in fact I will run against him as the Democratic nominee for president of the United States. And if I do, we're gonna beat him, and beat him bad. You can tell him that.

So it seems like Sanders does not plan on running as an Independent should he not win the Democratic nomination.

Hillary Clinton is currently ahead in the delegate count to get the Democratic nomination, which will be confirmed at their convention in July. Clinton is also ahead in the popular vote, with almost 13 million votes to Sanders' nearly 10 million.

There are a few more primary competitions left, including California, which is voting on June 7.

Trump officially clinched the Republican nomination on Thursday with a high enough delegate count. His appearance on Kimmel's show on Wednesday caused The Weeknd and Belly to cancel their scheduled performance on the show in protest.

You can check it all out here.