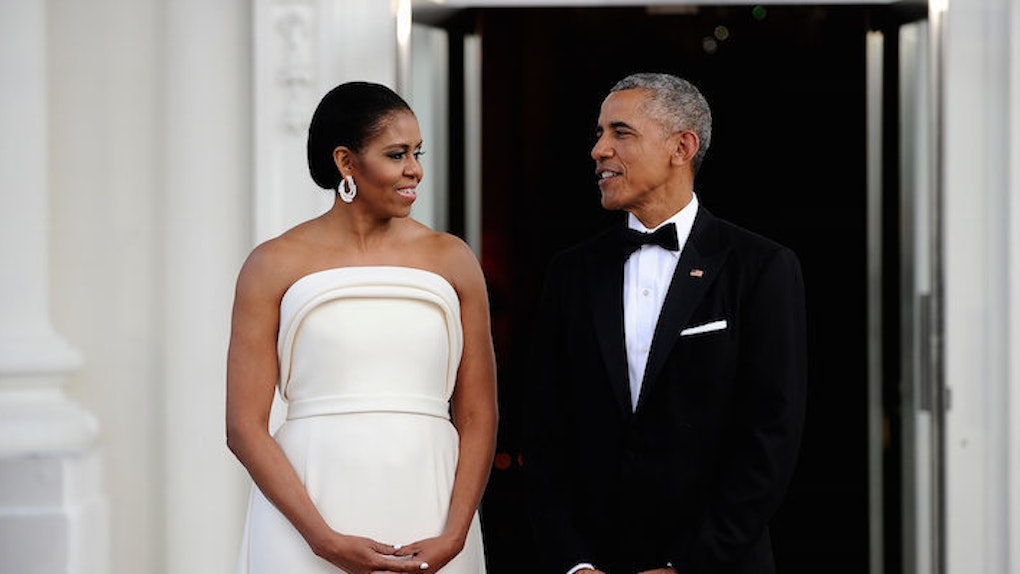 President Barack Obama has "been waiting to drop this." No, it's not a new economic plan or a treatise on Trump.

And it's seriously steamy.

There are two versions of Mr. President's summer playlist. One for "daytime" and one for "nighttime."Almost every song is on Spotify and you can check out the playlists here:

Technically, Obama's "nighttime" playlist isn't a sex playlist, but oh my god, Barack, you put D'Angelo and Floetry's "Say Yes" on your "Summer Playlist" for the "nighttime" and what else are we supposed to think???

I mean damn, Mr. President! Now we know exactly how you relax after a frustrating day dealing with Republicans in Congress and foreign dignitaries.

Honestly, if I were World's Coolest Teens: Sasha and Malia, I would be cringing the hell out over my dad's music choices. Not because it's lame dad music — they're all great and very hip song choices — but because, "Dad! We don't need to know this much about you and Mom!"

In any case, his playlists are a mix of modern and oldies, sticking with lots of R&B, jazz and Fiona Apple (really, Barack?). He's also got some rap in there so you know he's not a regular dad; he's a cool dad. This includes "LoveHate Thing" by DC's Wale (which is an excellent song choice), and some Jay Z and Chance the Rapper. We have to assume Malia tuned him into Chance.

And if you need any more proof that this year's summer pop music sucks, just look at Obama's playlist. There are no 2016 hit songs included here. Obama pals Beyoncé and Kendrick Lamar also did not make the cut.

But "Classic Man" by Jidenna, curiously, did. So every time you see your president, just remember: He has listened to "Classic Man" at least once and probably jams to around the White House a la "Love Actually."

Go on with your bad self, Barack. We see you.