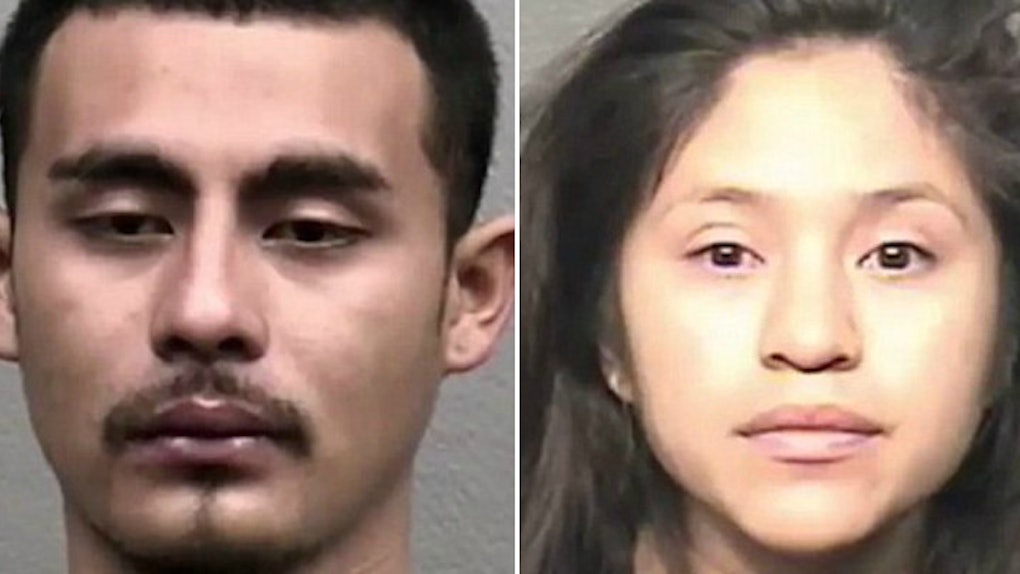 Parents Pass Out Half Naked With Two Kids Left In Car

Another day, another story you probably wish wasn't true, but is very true unfortunately.

A Houston couple was found passed out, half naked in a car while two children sat in the backseat. The culprits have been identified as Jessica Bello, 20, and Dickinson San Juan, 22.

According to Daily Mail, Dickinson San Juan was found with his pants around his ankles while a sleeping Jessica Bello laid on top of him in the front seat of the car. She was found half naked as well.

What the HELL is wrong with people these days, man?!

Two children, 1 and 2 years old, were found in the backseat while their parents' car was still in drive.

Dickinson San Juan apparently had his foot on the brake as he passed out from intoxication in the front seat.

Why anyone with a brain would put themselves as well as two children in such danger is beyond me...

The report also states that officers found one of the kids in the backseat asleep while the other child was improperly secured.

While no one was hurt during the shocking discovery, it's still quite obvious that this couple isn't responsible enough to care for two children (let alone themselves).

The children's parents were arrested.

As for the two children, they are reportedly under the care of San Juan's relatives.

This isn't the first obscure story we've heard about an irresponsible couple found passed out in a car with their children. For some reason, this shit seems to be pretty trendy this year.

Back in September, a police department in Ohio released a disturbing video of a couple passed out from using heroin in a car while two children sat in the backseat.

Just last month, a woman had overdosed on heroin and was found unconscious with her baby in the car.

While the police continue to expose the world to what has become a huge problem in America (the heroin epidemic), we can only hope that people learn from these tragedies.

Citations: Man found passed out at the wheel with pants around his ankles and half naked woman slumped on top of him while two children sat in the backseat (DailyMail.com)