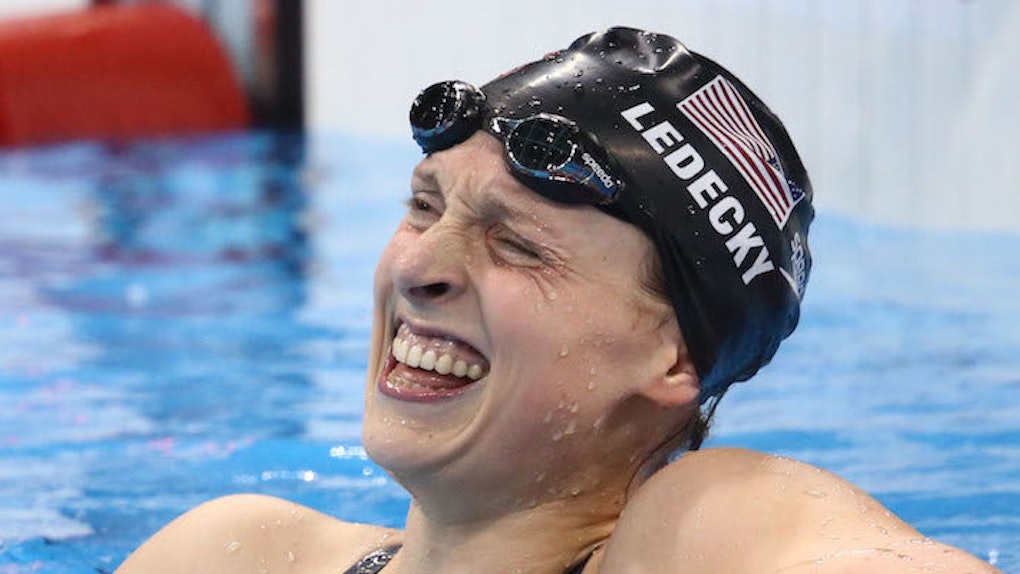 Katie Ledecky won a million gold medals (actually 4) in Rio and set the world record for the 800m. Not only that, Ledecky fulfilled her lifelong dream of winning her first gold medal in 2012 at the London Olympics when SHE WAS ONLY 15 YEARS OLD.

(For perspective, when I was 15, the only dream I was busy following was my dream of seeing at least one boob in person.)

And yet, as The Daily Mail points out, during this entire time, Ledecky and her family couldn't get into the local swimming club in their neighborhood. Only just now, after 15 years of waiting, they have finally been allowed into the exclusive club -- which, apparently, requires you to have more than one measly gold medal.

She literally won the gold medal in the 800m freestyle in London while on the waiting list for Little Falls Swimming Club in Bethesda. And nothing changed for another four years.

The club caps members at 377 and, apparently, makes no exceptions, even for one of the best swimmers in the entire world.

According to The Wall Street Journal, people have been known to buy houses near the swimming club in order to better acquire memberships, which, despite being reported by a reputable paper, is something I absolutely refuse to believe.

Does this swimming club provide free healthcare, caviar baths and FaceTimes with God? Cool it, people. Cool it.

Well, now Ledecky and her family will finally find out because she was let in. I'm sure it's just a coincidence her admission happened after she won even more gold medals.

She recently explained Michael Phelps had to teach her how to arrange them around her neck for press photographs, which has to be the most specific skill ever.

Ledecky also just turned down $5 million dollars in endorsements to stay "amateur" and be able to compete at a collegiate level -- of course, by "compete" she means "beat everyone."

She is off to Stanford in a couple weeks, meaning she can't even enjoy the swimming club she's been waiting 15 years to get into for very long.