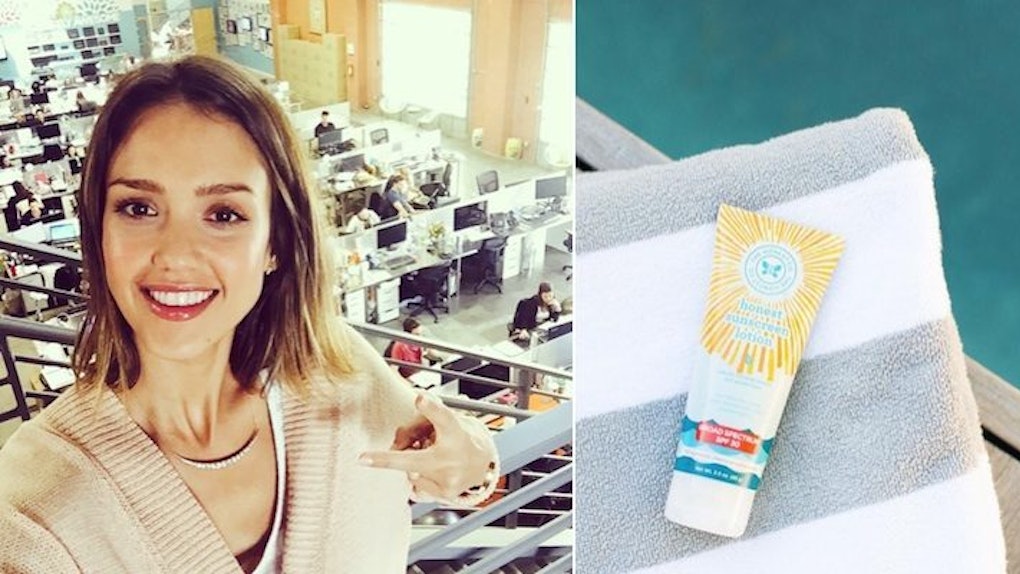 Jessica Alba Makes A Move After People Complain About Her Sunscreen

Earlier this week, Jessica Alba's The Honest Company made headlines after several people complained the brand's all-natural sunscreen did a sucky job of protecting from the sun — like, really sucky.

Many posted photos of the sunburns (after using the SPF 30 cream), and People magazine even ran a feature on the sunscreen in which a dermatologist explained why it may not be effective for some users.

After The Honest Company released an official statement on its website -- basically insisting the sunscreen had been tested and approved -- Jessica Alba took to social media to express her concern over the controversy.

The mother of two posted a photo to Instagram, captioning it with the following message:

Protecting our loved ones and yours is the reason we founded @honest. As parents, it pains us to hear that anyone has had a negative experience with our sunscreen. We develop and use Honest Sunscreen to protect our own children — Honor, Haven, Luke, Evie, and Poppy — at the park, in the pool, outside, every day. As with everything we do, we take sun protection seriously here at honest.

The company also promised to “do what it takes to make it right,” although it has not elaborated on what exactly will be done to rectify the problem.

Either way, I'm glad Alba is stepping up to the plate instead of ignoring the problem; it's good to know she's actually listening to her customers.

Check out the company's full statement regarding the controversy here.