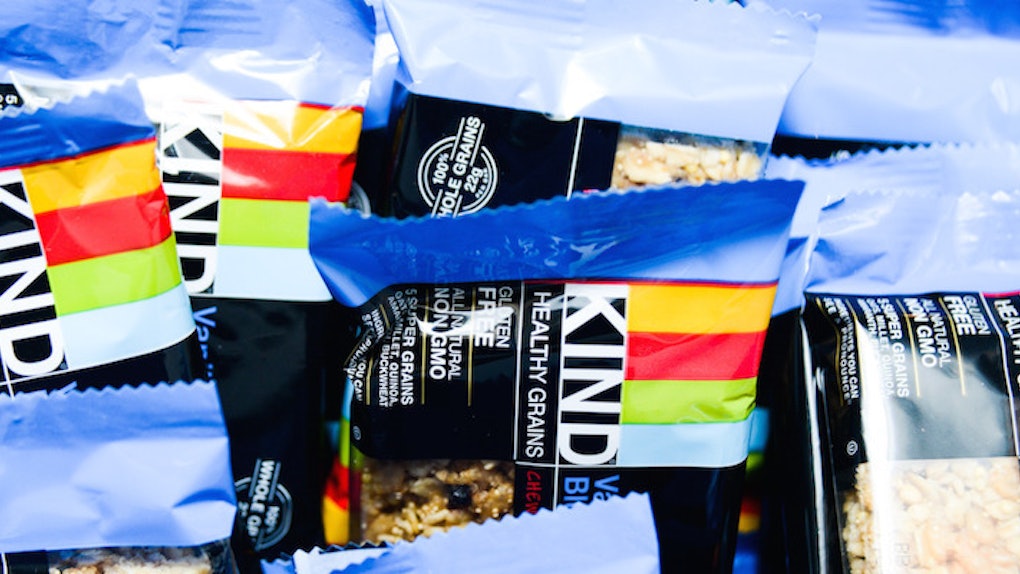 The food you see in stores can only bear the "healthy" label on packages if they meet the FDA standards.

The problem? That definition hasn't been updated since 1994, the year it was also first formally defined.

Slapping the label of "healthy" on food means it has to be low in fat, saturated fat, cholesterol and sodium. Yep, sugar isn't really a factor.

It's probably thanks to the sugar industry, which paid scientists to cover its unhealthy tracks and blame our health issues on fat years ago.

That's exactly why Kind Bars had to remove "healthy" from their packaging. Even though those bars are actually way better for you than a bag of M&Ms, they are high in fat because they're mostly made of nuts.

But now, in 2016, what we know about health, fat, sugar and food in general has changed. The FDA announced on Tuesday that it's going to put that change in motion.

The current standards allow sugary foods like chocolate pudding to have "healthy" on them because they're fat-free. Maybe people would have believed chocolate pudding was a healthy snack in the '90s, but now? No way.

The new standards for what's considered healthy will have more to do with what type of fat occurs in products, instead of the amount.

They'll also focus more on sugar because nutritionists have accepted that sugar is actually terrible for you. Meanwhile, certain types of fat are actually great for you.

Keep in mind it'll be years before the new definition takes full effect. The FDA is also currently in the process of changing how the food industry can use the label "natural" on packages.

Food brands have also already started to adjust their ingredient lists because people are actually paying attention to them now.

In fact, some brands have already picked up on the fact that we're all trying to be more health conscious, which explains why Cheez-Its, which I consider to be junk food, also has a whole grain-baked variety.

I guess that's a pretty good option, if you want to feel slightly less guilty about putting processed crap in your body.

Honestly, if you're a person who reads food labels (like you should), you're more likely to purchase something full of ingredients you recognize.

Cheez-Its, for example, has an ingredient called TBHQ, which is pretty dangerous in high doses, but keeps foods from losing color, flavor and nutritional value. The only problem is, most people have no clue what it is.

But why even put these types of additives into your body?

What value Cheez-Its and TBHQ bring to the table nutritionally, I don't know.

Honestly, I hope the next step for the FDA is to make changes to how food labels organize their ingredients, hopefully making it easier for people to see which ones are natural and which ones are actually just additives and chemicals.

Regardless, if all of these changes are leaving you feeling a little confused, just remember, if you want to eat healthy, avoid processed and packaged food as much as possible.

No matter what the FDA says, foods full of fruit, veggies and whole ingredients will always be healthier options.

Citations: The FDA Is Finally Going to Update the Term 'Healthy' (The Cut)