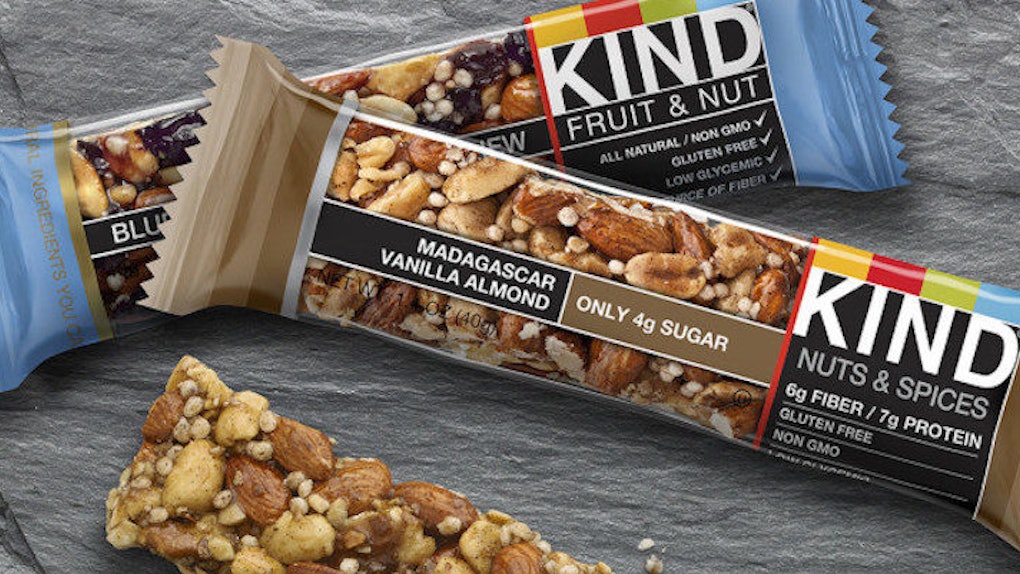 It was a record few years for KIND Snacks – until the Food and Drug Administration had its say, that is.

The problem is in KIND's branding; it routinely uses "healthy," "good source of fiber," "no trans fats" and "+" to indicate health benefits. By the FDA's standards, however, the bars don't live up to those claims.

One of the administration's chief concerns is KIND's use of  “low saturated fat,” even though each of the four flavors has more than 1 gram of saturated fat in each 40 gram-serving and more than 15 percent of its calories from the fat.

However, KIND has been quick to address concerns from thousands of customers who thought they were purchasing the bars as a healthy snack.

According to the brand, the saturated fats in the bars are largely due to nuts and oils. In a statement posted on its website, the brand compared its "healthy fats" to foods like eggs, salmon and avocado.

Nuts or not, the FDA's letter prompted a thorough revamp of KIND's branding strategy.

Update: The US Food and Drug Administration has launched an effort to redefine the word "healthy."