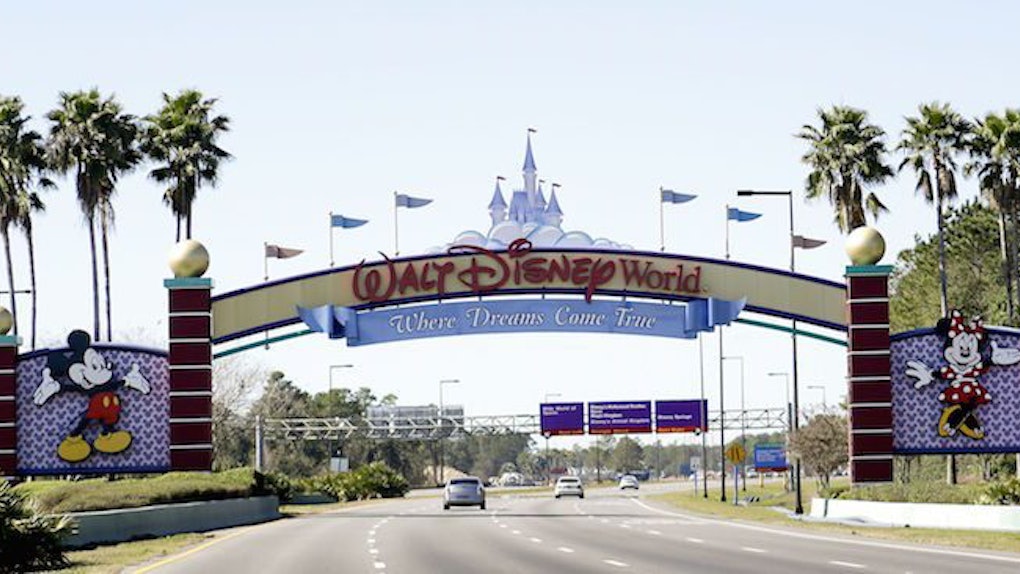 Is Disney World Closing For Hurricane Irma? They Have A Plan

As Florida prepares for the arrival of the massive Hurricane Irma this weekend, various theme parks and groups are figuring out how they are going to weather out the storm. Earlier this week, Disney World was planning to stay open through Irma, according to the New York Post. But, perhaps seeing the projected massive scope of the incoming hurricane, Disney World announced closures over the next week due to the storm in a change of heart.

Disney World said in a statement posted to its website,

Although parts of the sprawling park will be closed, other parts will stay open. Disney World explained,

Resort hotels will remain open, though services and amenities will be adjusted. We hope to resume normal operations on Tuesday, September 12. We will provide regular updates to our guests on all operational changes.

They say that updates will be made on Disney World's website to let guests now about the status of the parks. They are also keeping updates up to date on the @WDWToday Twitter account.

So to sum it up, the various parks of Disney World will be closed for at least Sunday and Monday as Hurricane Irma heads through Florida.

Some parks are actually closing even earlier than Sunday, when the storm is expected to hit Orlando. Disney's Blizzard Beach will be closed "as of Friday" and ESPN Wide World of Sports will be closed on Saturday. Disney parks closing earlier than regularly schedule on Saturday include Typhoon Lagoon, Animal Kingdom Hollywood Studios, Epcot, Magic Kingdom, and Disney Springs.

Meanwhile, some Disney park events, including Mickey's Not-So-Scary Halloween Party, are canceled this weekend. For guests who already got tickets, Disney is offering tickets to another Halloween party, tickets to the Mickey Christmas party, and other options.

Additionally, Disney World says that "pre-paid dining and premium experiences will be automatically canceled and refunded," so that's easy, at least.

Disney isn't the only theme park in Florida to plan closures for Hurricane Irma this weekend.

Universal Studios Florida plans to close at 7 p.m. on Saturday and remain closed until Tuesday, when they plan to open with normal hours, according to CNN. Universal Studios, too, has to cancel an event, Rock the Universe, and has refund options. Universal says their hotels are "at full capacity and will remain operational and focused on taking care of our on-site guests."

SeaWorld Orlando and Busch Gardens Tampa Bay are closing by 5 p.m. on Saturday and staying closed till Tuesday. Aquatica Orlando and Adventure Island are planning closures Saturday through Monday and Discovery Cove is closed Sunday and Monday.

If you're worried about the safety of the animals at SeaWorld, rest assured that they have a plan in action. They said in a statement,

We have comprehensive weather preparedness plans, and security and zoological staff will remain on property in secure locations as we monitor the storm. We're also providing support and temporary housing for animals from other zoological facilities in coastal areas expected to have greater impact.

SeaWorld also made a Facebook Live on Friday afternoon detailing the plan for the park and its animals.

Hurricane Irma is heading through the Caribbean and up to Florida, expected to make landfall in the Sunshine State by Sunday morning. It is projected to head straight through the state and is expected to cause quite a bit of damage as one of the biggest storms seen by the state in recent decades. We hope everyone stays as safe as possible and is more concerned with everyone's safety than with missing a ride on Space Mountain. Good luck, all!