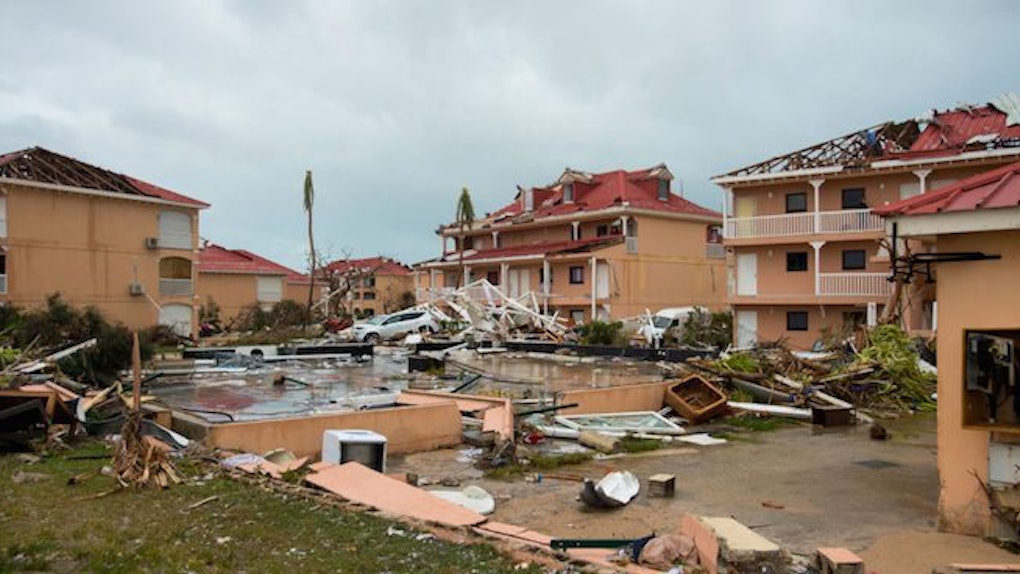 Hurricane Irma Vs. Andrew Shows Why This One Is So Scary

Hurricane Andrew swept through Florida and the Bahamas in August 1992. It was a Category 5 storm -- like Irma was -- that swept through the state. By the time that storm wore itself out over the Sunshine State, 63,000 homes were destroyed, costing $26.5 billion in losses, according to the Miami New Times. It was the costliest hurricane in the United States, until Hurricane Katrina hit 13 years later in 2005, the National Oceanic and Atmospheric Administration analyzed.

And it was more than just physical property destroyed. During Hurricane Andrew, 65 people were killed. It was very much a no-joke awful, deadly storm that impacted the entire state of Florida.

So in preparing for Hurricane Irma, longtime residents of Florida are wondering how it will compare to Hurricane Andrew. At the moment, Hurricane Irma is projected to be able to cause even more damage to Florida than Andrew did 25 years ago. The storm is now on a worst-case scenario path for the state, as it looks like it will head straight up through the entire state of Florida. Andrew, on the other hand, brushed across south Florida through Dade County, which includes Miami.

Aside from the path, Hurricane Irma is also much, much larger than Hurricane Andrew was. Irma is three times' Andrew's girth, Jeff Masters, meteorology director at the private Weather Underground told CBS News, said. Meteorologist Eric Holthaus helpfully provided the imagery for you to see just how much bigger Irma is than Andrew:

If that wasn't clear enough, writer and editor Joel Nihlean combined the images for an even better perspective, which might freak you out (it definitely freaked me out):

By Holthaus' estimate, the force of Irma could make it five times more destructive than Andrew.

"The effect of Irma on the state of Florida is going to be much greater than Andrew's effect," Weather Channel senior hurricane specialist Bryan Norcross told CBS News. Norcross was a meteorologist during Andrew, so he knows what he's talking about. Norcross added that Irma is "an entirely different level of phenomenon," and that "there is no storm to compare with this. Unless you go way back to 1926."

Many are trying to use the comparison to Andrew to explain to Florida residents why they should take this one really seriously. It's easy to get lax about hurricane preparedness if you do it every year -- but Irma is not an every-year-esque hurricane. This is something else, and the state is anxiously preparing for it.

Florida Governor Rick Scott has been doing everything he can to tell residents to prepare and evacuate, where necessary.

"If you're in an evacuation zone, you've got to get out; you can't wait," Scott told ABC News on Friday morning. Scott added,

I'm a father, I'm a grandfather, I love my family. I hope every parent in this state and grandparent is thinking, 'How do I protect my family?'

Hurricane Irma was downgraded to a Category 4 hurricane on Friday morning, but that doesn't mean it's just going to be a chill event. The National Weather Service warned that the potential impact is "devastating to catastrophic" and parts of Florida "may be uninhabitable for weeks or months." It added that destruction could come in the form of "structural damage to sturdy buildings, some with complete roof and wall failures," as well as damage to trees and roads, along with power outages.

So if you're down south, BE CAREFUL and take it seriously -- and there are some apps you can use to help. We hope everyone is as prepared as possible.