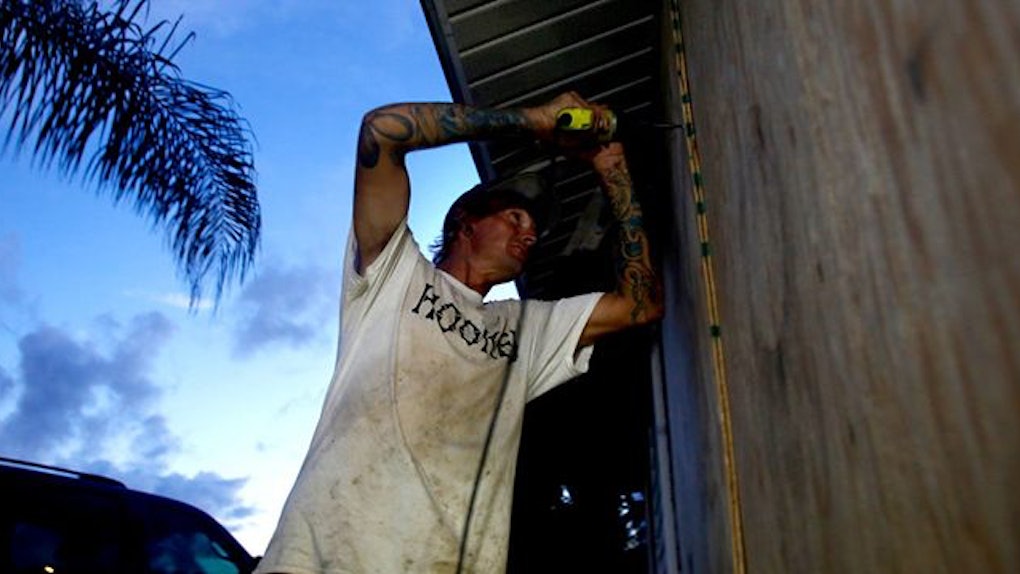 Because of the sheer size and power of Hurricane Irma, there was never really a question of if the storm would impact Florida. The more pertinent question, rather, was how -- how will Hurricane Irma hit Florida, and from what angle? Now, there appears to be a consensus among experts: the storm is likely to hit South Florida via the "worst case scenario" possible.

During an appearance on Fox & Friends on Friday morning, Sept. 8, Fox News meteorologist Janice Dean hinted at that growing consensus. While providing an update on the projected path of Irma, Dean said,

In addition, Dean noted that the storm had been downgraded to a Category 4 hurricane by the National Hurricane Center, since the wind speeds of the storm had decreased to 155 mph (Irma's previous max winds speed had reached 175 mph). However, Dean was also quick to point out that the threshold for a Category 5 storm could be met again.

I don't want to let your guard down, because we're still dealing with a very strong, potentially catastrophic storm... 157 [mph], by the way, brings it up to a cat 5, and there's still very warm water ahead of it. So there's no reason why we can't actually see this wind-change fluctuation and move it up to a five again in the next advisory.

Here's a clip from Dean's appearance:

To be clear, the "agreement," as Dean called it -- that Hurricane Irma will hit Florida by way of what other meteorologists like her are calling the worst case scenario path -- was not as certain on Thursday morning.

On Thursday morning, there was still discussion about which of the projected paths Irma would take. At least one projection, for instance, put the storm on track to have its core fly to the east of Florida.

In such a scenario, in which the eye of the storm would not directly hit the state, Florida would still be heavily impacted, but there will have been less damage sustained.

By Thursday evening, however, the possibility of Irma's eye traveling directly through the middle of South Florida became even more likely than it had already been.

As the threat of Irma drew nearer, Florida Gov. Rick Scott ordered all public schools and universities closed from Friday through Monday. The governor also said the schools could be used a shelters, the Orlando Sentinel reports.

Then, by Friday morning, projections from the National Weather Service put Irma on track to hit the Miami area with at least Category 3 strength winds.

In addition, Miami could face even stronger wind speeds if it ends up on what is referred to as the "dirty side" of the storm. If the center of Hurricane Irma flies to the west of Miami -- which it is presently projected to do -- that means the city will be east of the storm's eye.

Furthermore, the right side of the storm always carries stronger wind speed due to the rotation of the Hurricane's course. The Miami Herald points out this dumbed-down explanation from the National Oceanic and Atmospheric Administration's official website:

A hurricane with a 90 mph winds while stationary would have winds up to 100 mph on the right side and only 80 mph on the left side if it began moving (any direction) at 10 mph.

In any event, Miami and all of Florida looks likely to face a direct hit by Hurricane Irma. Unless a last minute, unexpected turn is taken by the storm, it will be the worst case scenario for the state.