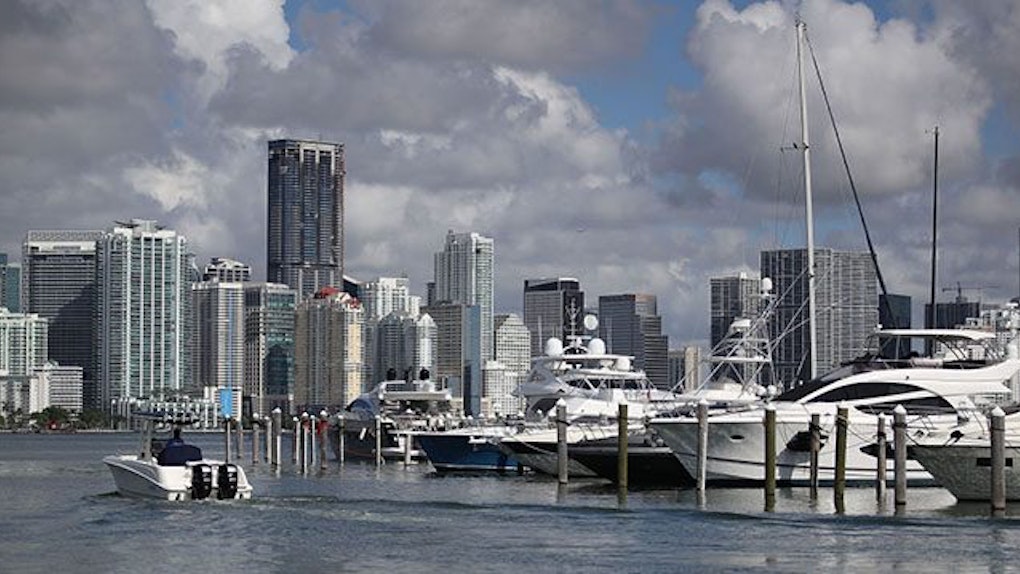 When Will Hurricane Irma Hit Florida? It's Heading In That Direction Quickly

As Hurricane Irma continues to inflict damage upon islands in the Caribbean, the storm has stayed on course to hit the U.S. mainland. Once the storm makes its way past those islands, attention will turn to the next question: when will Hurricane Irma hit Florida? Multiple projections, including from the National Hurricane Center, indicate that Irma will hit Florida Sunday morning, Sept. 10, at around 8 a.m.

Ahead of the storm's weekend arrival, Florida Gov. Rick Scott has been imploring as many residents to leave as fast as possible. He said,

This is serious, and we cannot take chances. It is life threatening. This is not a storm you can sit and wait through.

There are variables, however. Different models show different points of impact for the Sunshine State, which means the points that the center of Hurricane Irma will hit first is still uncertain.

The storm could, for instance veer in a direction that would have it make direct impact against Miami. Other projections say the storm could veer in a way that would see the center of Hurricane Irma floating off the east coast of Florida.

Either way, Florida would see dramatic rain and wind, by virtue of the sheer size of Hurricane Irma.

However, the difference between a scenario in which the center of Irma hits Florida directly, or hits tens of miles off the state's east coast, could mean a significant difference in damage sustained.

That difference is a point that CNN meteorologist Chad Myers explained in the video below:

Even in a scenario in which the center of the storm flies along the east coast of Florida, Irma would then pose more danger for Georgia and the Carolinas, as the storm would then be on track to maintain strength as it hovers over water.

In any event, the storm is projected to do major damage to the U.S. mainland by Sunday morning. How much it does after that, however, is still uncertain.