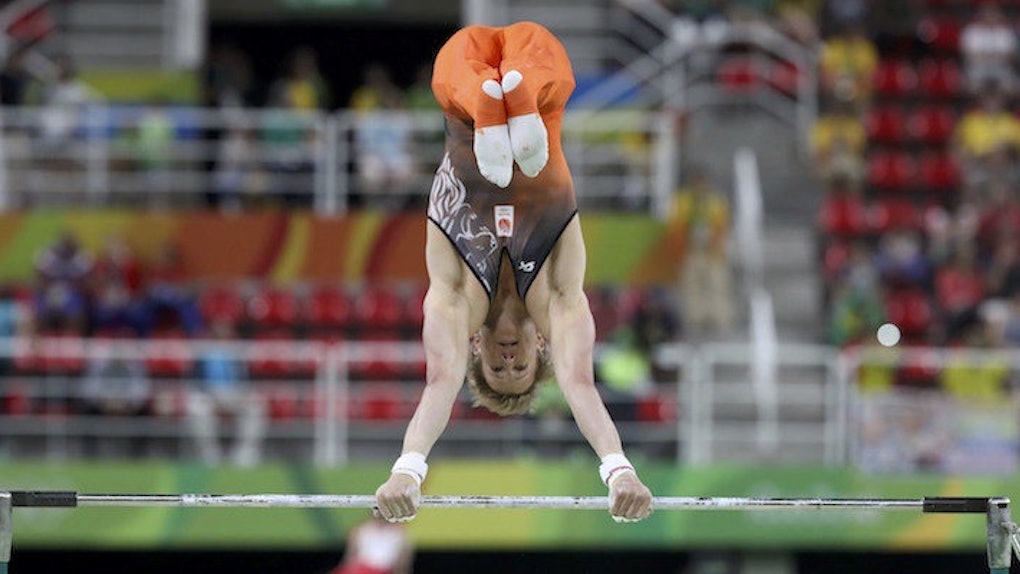 The athletes who compete in the Olympics often seem infallible. The margin of error for victory or defeat is absurdly small in most cases.

A race will be won by one one-hundredth of a second, or a gymnast can win or lose because his or her feet adjusted slightly upon landing.

So, we all sometimes forget what these athletes are doing is extremely dangerous, and can go very wrong -- even for the best athletes in the world.

The fall, which came after his hands slipped from the bar during a flip, knocked Zonderland immediately unconscious.

The impact is pretty unsettling.

But, because he is Epke Zonderland and is an absolute and irrefutable baddass, he woke up and, somehow, got back on the bar to finish his routine.

Yeah, it was incredible.

This guy is absolutely phenomenal. Here is video of the moves he may have been attempting when he fell, moves few others ever even try. With everyone in the world watching, he boldly flies through the air.

Unfortunately, this time around in Rio, Zonderland just wasn't able to pull it off, but I think we're all just glad he's OK.